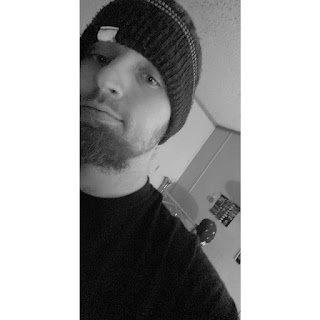 A:  My name is Gunner Lowery and I sing for myself! I’m currently solo.

A: I think I was around 10 or 11 years old and I was obsessed with AC/DC and every time I listened to them I’d close my eyes and I could just see myself up there on a stage in the spotlight. As for who made me want to sing that goes to James Hetfield. He far and away was the biggest influence on my vocals and truly have me the confidence to continue getting better and stick with it.

A: Nobody yet gave me chills.

A: I think a lot of metal nowadays is just constant screaming hot garbage but if you go back a bit in time you’ll see a lot of metal acts that weren’t all about screaming, acts that had melody and structure to their songs, songs that told a story.

A: i usually drink a bunch of water in between  songs but talking as little as possible also helps too because you’re not using your vocal cords a lot so they can rest/heal.

A: I usually have a few quick ah’s and yeahs I belt out to warm up, that’s about it haha.

A: truth be told, I believe both are actually very important in their own right.  You need to have the right amount of power to really pack a punch and leave your mark but also putting out the best performance you possibly can is equally as important because you want to make sure the crowd sees the best show possible.

A:I’d say sully from Godsmack gets quite the praise for copying someone else’s style and not being himself.
I’ll have to go with either James Hetfield or Dave Mustaine, because they’re fantastic vocalists but now being in their later years I notice a lot of people talk negatively about their vocals nowadays.

11.Who do you love to listen to that would surprise people?.


Every pop/rap/country star today
Posted by Wes J at 5:27 PM