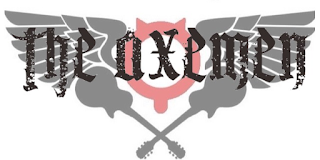 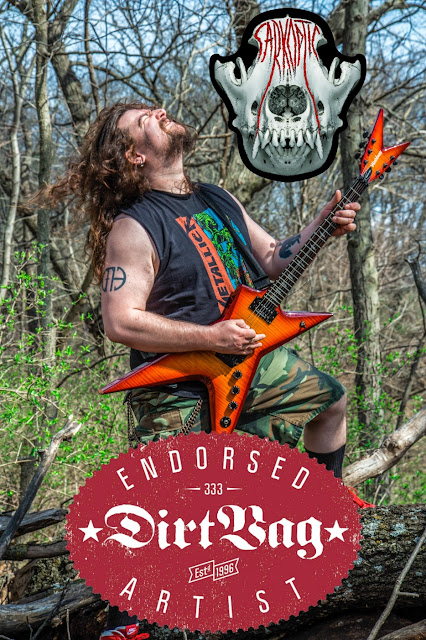 2.Who made you want to pick up the guitar?


Jimbo: “My brother Steve, Rest in Peace. He was a guitar player his whole life. I was really close to him growing up. So, him of course, and then Dimebag.”


Jimbo: “When I first started playing in the late ‘90s, I started taking lessons at Steam Music, and I took probably 5 or 6 lessons from Ronnie Fields. Super cool guy. And then he left, and the replacement was Andy McKee, I’m sure you guys all know Andy McKee, he’s a worldwide sensation. But, I only took like 2 lessons from him because me and him just didn’t click. Not personally, but I just didn’t – I loved Ronnie so much, and yeah, so I only lasted 2 times with Andy McKee, but can you imagine if I would have stuck with him? Lol, I’d be REALLY good!”
. 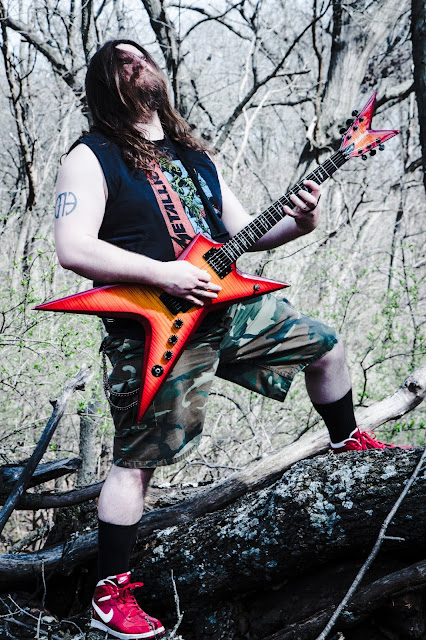 Jimbo: “Tabs yeah, music no. But, honestly I’m not even a huge fan of tabs because I don’t really know a whole lot of cover songs, and maybe I should, maybe it would help my guitar playing, but I don’t even like reading tabs. I like somebody showing me in person how to play it. I learn better that way.”


Jimbo: “Oh, pshhh, for sure - definitely. I’ve been told a lot of times that, good or bad, it’s a very unique tone. It’s lots of highs, lots of mids. It’s not very thick, it’s a thin sound, but in the construct of a band, it fits in perfectly.”

6.Tell us about your guitar (brand, model. year, color) 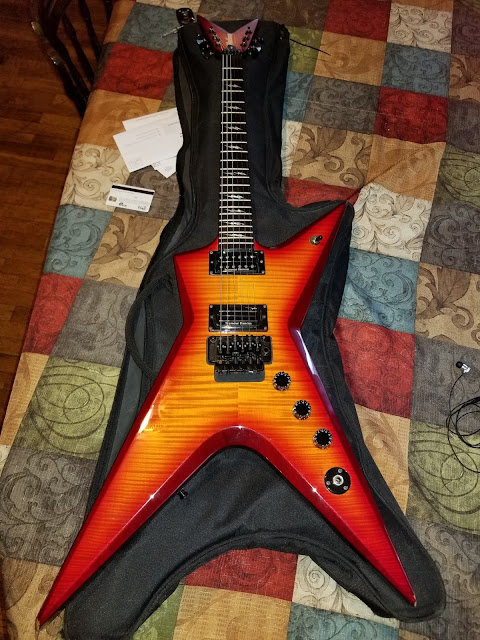 Jimbo: (pointing at 2 guitars) “Well, here’s just 2 of the 300 that I have lol. This is my baby, 2004 Washburn Dime ST Pro. Pretty sought after guitar, I’ve been offered a lot of money for it but it doesn’t matter – I’ll never sell it, it’s a special guitar. And here’s another one, it’s a Jackson Kelly. I had some Mark Holcomb Alpha and Omega pickups put in it and it just opened it up, and it’s a great guitar.”


7.What about pickups? Passive or active? Tell us about them 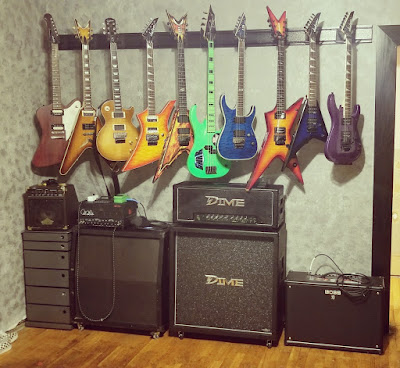 Jimbo: (pointing at amps behind him) “Here’s 2 of my amps, I have a couple more at home, but these are the ones I use on stage. Basically what I do, I use a guitar processor/amp modeler, and I use that as the preamp and I run those to the effects loops of both amps, that’s why you don’t see a cord sticking out of the front of them. I run those in like stereo. This is the Bugera 333XL, basically it’s the poor man version of the Peavey JSX – the Joe Satriani head. Really awesome head, honestly I could run straight through it and it would sound good. And the Dime D100 amp/half stack here. I got it more as a collector item, because I’m a big Dime fan obviously. But, it just happens to sound a little more beefier than the Mesa cab, as far as the speakers. Using them both in unison really kind of compliments each other pretty well, so I’m happy with that.”


Jimbo: “The one I use in the band is a Boss GT-100 Effects Processor. It’s like a 10 year old pedal, but damn if you know how to dial it in, you get some really awesome tones. And for home use I just picked up a Headrush Gigboard, and I’m just now starting to mess with that, so it’s pretty fun.” 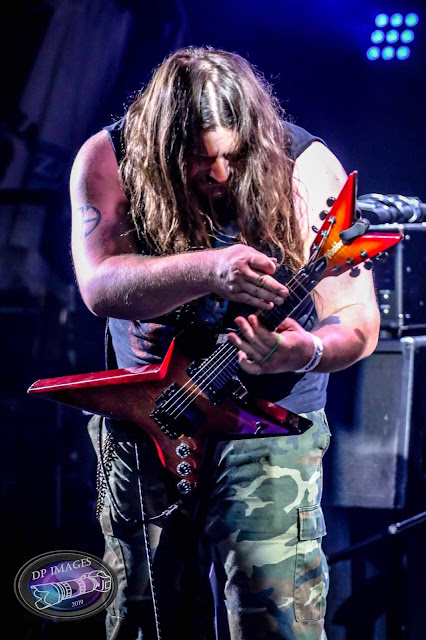 Jimbo: “I don’t know, I mean what I got going right now – I love the tone so much, I don’t think I wanna mess with it. I use the effects loops on these amps, so I don’t really use their preamps, so honestly I don’t know. I guess gimme a wall of PRS Archon 100’s, Mesa/Boogie heads – you know, the ones that normally all the metal guys like. But, I’m happy with what I got.”


11.What guitarist can you not stand?


Jimbo: “Oh boy, um, personality or playing? I don’t know. I don’t think I have any guitarists that I can’t stand. Maybe singers I can’t stand, but not guitar players.”


I12. Is tone more important or is technique?


Jimbo: “That’s kind of a loaded question because you kinda need both. I mean, a lot of your tone comes from your technique, your and your picking. But, having that tone that you get dialed in is just, it’s magic. You can’t describe it.”


Jimbo: “Dimebag of course, imagine that. I guess maybe not Zakk Wylde number 2, but in there. Honestly, I like James Hetfield because I really think he’s an underrated guitar player, because he’s not the lead player in Metallica, but goddamn he is the king of down-picking, and if you’re a guitar player, you know crazy hard to down-pick everything, so him for sure. Probably none of the Slayer guys…well Jeff Hanneman was pretty good – Kerry King, not so much. But, Jeff Hanneman for sure. And then last but not least, Randy Rhoads I guess.” 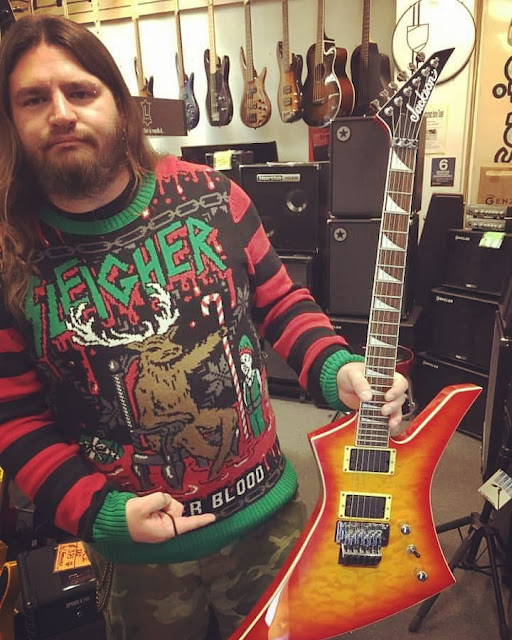 14.Who is the most overrated guitarist?


Jimbo: “I don’t like that guy from Linkin Park because he wears those stupid headphones. So I mean, I don’t think he’s overrated, but I think he’s annoying lol.”


15.Who would you like a one hour private sit down lessons with anyone dead or alive?