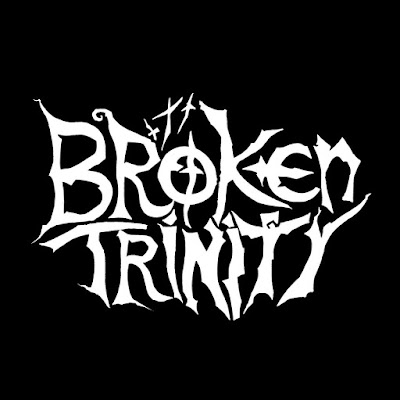 
Broken Trinity is Epic Metal, with hints of Black & Doom
After spending time singing live with 80s thrash legends Hallows Eve and contributing vocal performances on the album The Hereafter by Darkflight, Steve Cannon decided it was time to front a band he had been dreaming up over the last decade. Joined by guitarist DeathRay of Murder Van, guitarist DestruktSean of Soniq Armada, and bassist Forrest Hinton of Awaken the Ancient, this all-star super group became Broken Trinity. 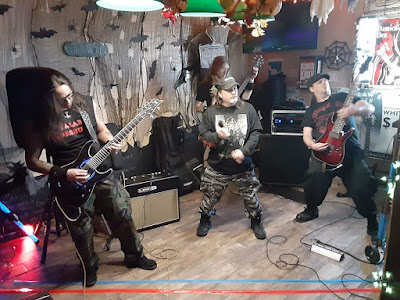 Following the June 2019 release of their demo on Bandcamp, Broken Trinity was added to the Encyclopaedia Metallum within hours of going live, and the editors had this to say:
“I just stumbled upon your EP on Bandcamp. It's ABSOLUTELY FABULOUS. ABSOLUTELY. FUCKING. FABULOUS. The word Epic describes the sound just perfectly, man! I've not heard something this good in a while.”- Wally Martin
Next, Broken Trinity was humbled with the honor of being featured on a compilation CD produced by Metal Hammer.
Within just a few months Broken Trinity racked up live performances in Spartanburg, SC, Cleveland, OH, Chicago, IL, and, of course, their hometown Atlanta, GA.
“If you like good old epic doom and have a weak spot for demon-like growls check out BROKEN TRINITY!”     -Reflections of Darkness