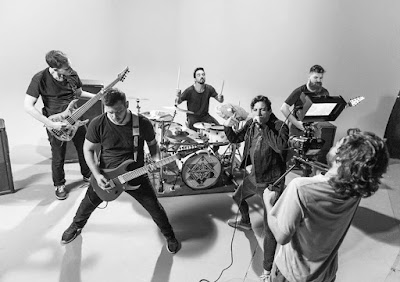 Levels is a djent influenced progressive metalcore band from Little Rock, Arkansas that was formed in late 2015. The band consists of Dalton Kennerly, Rob Mathews, Jager Felice, and Jacob Hubbard. Their influences derive from groups such as Volumes, Northlane, Veil of Maya, and Architects. Levels works against the grain to make their music stand out from other bands of similar genre. We make music that we would like to hear and focus on our stage presence just as much as the composition of our songs.

Our newest track just released about a month go It was produced by Jeff Dunne (Chelsea Grin, Wage War, Emmure, Motionless In White)