Richard: “To be honest with you, they called me one day - I was in another band, and they asked if I knew how to play bass. I said I used to and, they said, “wanna come play?” Here I am.” 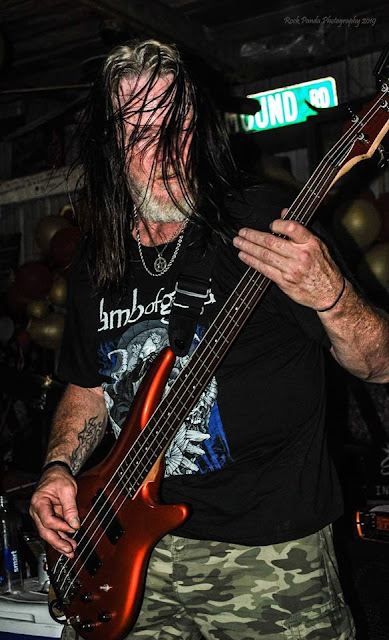 
Richard: “I actually played guitar before I came to bass, so it’s kinda…I really don’t see where it doesn’t get the acknowledgement. Obviously guitar is out front. It’s got your higher notes, more aggressiveness, for the most part.”

3.What kind of bass do you use? Model, color, year, And why


Richard: “I have a burnt orange Ibanez Soundgear. Not really sure on the year. I got it because I like the thinness of the neck, the speed on the neck.”


Richard: “I got a Bugera, it’s small little combo amp, but it puts out quite a bit of watts – enough to hang with rest of them.” 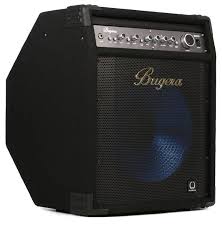 
Richard: “I actually I prefer the 4 strings.”


Richard: “I really don’t have a least favorite. Everybody’s contributed in their own way, so I can’t sit there and knock anybody for what they’ve done, it’s their expression.”


Richard: “All of them are good in their own right. Everybody has their own way of playing. They contributed great for their own band, their own style.” 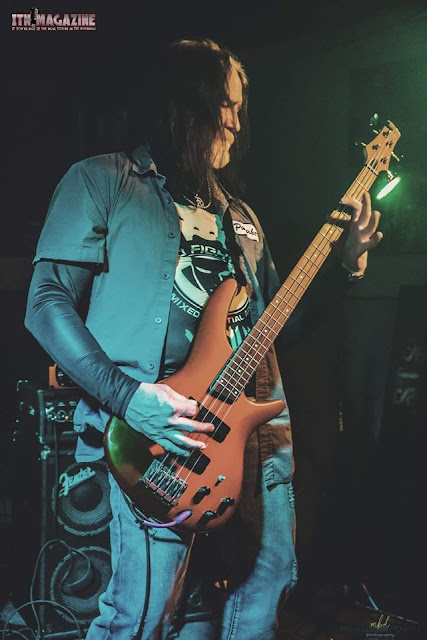