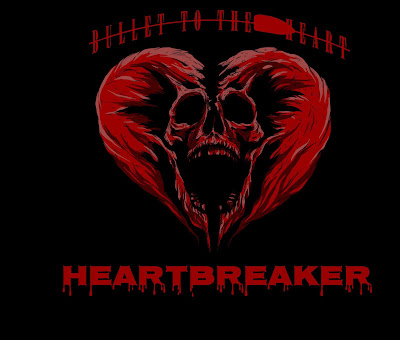 1.Thanks for taking the time to talk to The Grinder! You have a new single out, Tell us about it!

1. Audrey: Heartbreaker is a song about the pressures of society, and how we abandon certain people. Its a revenge song to get back at everyone who has ever told you, you could not do it. In general it's a bad ass song to just get your blood pumping.

2.Where was it recorded?

Brian: I have been slowly building a home studio while honing my craft in mixing and mastering. After working with other producers we wanted to have more time and control in the recording process. This allows us to take our time and be in complete control of our music from the creative process to tones and the overall mix.

Band: We have refined our personal style and we have a more precise sense of what it is that we're trying to accomplish in our music. 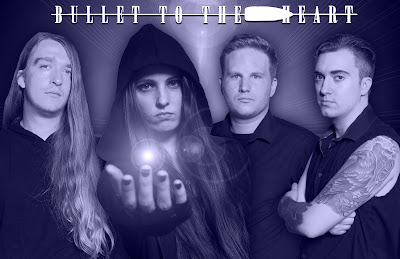 Band: Not currently signed to a record label just a management company "badass productions" and we done everything on this song and our up and coming songs ourselves

Band: Yes, we toured with smile empty soul and September mourning on the end of the world tour featuring venues coast to coast from California to West Virginia including whiskey a go go!

Draven: no the same 4 crazy MFs

Brian and Draven were the main people who produced and took part in recording the song "Heartbreaker" we found we have had more creative freedom working closer together rather then an outside force.
8.Some like to record naked or in the dark with candles , Did you have any strange studio practices?

single is available anywhere here is a digital hyperlink
https://distrokid.com/hyperfollow/bullettotheheart/heartbreaker

To contine working on our new music for or new EP titled "Transendace" which should be out mid June
YouTube channel:
https://youtu.be/CcgihXweURk