AXEMASTER would like to announce that as part of the band's partly rebuilt website, a total of 42 of the band's songs have been made available for download at $0.99 per track (see https://axemasterofficial.com/ear-candy). Included are songs from 5 different original Axemaster releases going all the way back to the band's first demo in 1985 (as well as a couple songs that were originally unreleased). All the tracks can be previewed in full, so there is a whole lot to listen to! There are also 2 songs from Axemaster's "Death Before Dishonor" album, plus an additional never released track which was recorded by the same lineup that recorded "DBD". All 3 were recently mastered by Joe Sims and are available there as FREE downloads. 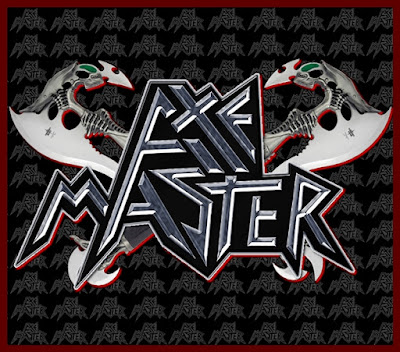 And now, for a short time, the entire album (12 tracks) by the studio project INNER TERROR is also included in the "Ear Candy" section of Axemaster's website as FREE album and individual downloads. Inner Terror was a studio project from 2008 that included Axemaster guitarist Joe Sims as well as the bassist and drummer who played on the band's "Overture to Madness" album. All the tracks have just been re-mastered by Joe Sims and now sound better than ever before.

In other news, Axemaster welcomes back former drummer Denny Archer (who played with the band from 2014-2019 and recorded the "Crawling Chaos" album) to record the band's next album. Being the kick ass brother he has always been, Denny has agreed to possibly play some future shows as well.