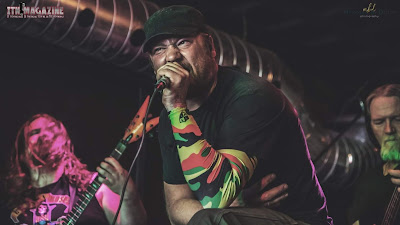 
Josh: “I would say much like almost anybody could say everybody’s rode around in their car and practiced screaming and practicing singing whatever they wanted to. But, I would say listening to Korn, Lamb of God, Sonic Youth, all kinds of bands, man. I wanted to match what they were doing.”


3.Who was the first singer you saw live that gave you chills?


Josh: “Chevelle. That would be the first one that gave me chills, they sounded exactly like the music videos. And this was when they first came out. It was at a big music festival in Louisville.”


4.Many people say heavy music is just screaming, How would you combat that statement? 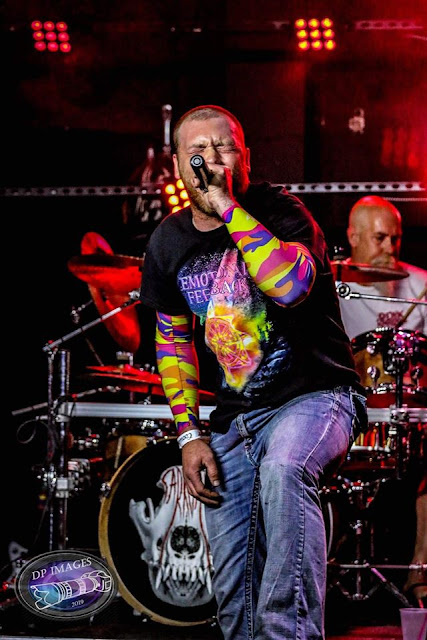 Josh: “Try it. It’s not easy, man. The first band I was in was a grunge band, which does a lot of vocal frying kind of singing. It didn’t matter. The more raw it sounded, the better. It was just trash that you enjoyed, so to speak. But really learning took almost a year of being in this band to start getting techniques down. And then you start learning what works, and what doesn’t. It’s a complete technique that gets you doing it without hurting yourself.”


Josh: “If you have violent performances, you’re doing it wrong…chocolate milk helps.”


6. Do you have a warmup routine? Tell us bout it?


Josh: “Yeah, what I’ll do, there’s a few types or growls or screams that I do consistently throughout certain songs, and I’ll hold those notes – slowly progress, find that spot. And after I get it there, I’ll practice a short portion of our song. Then just push it a little bit harder, because when you’re playing live you’re gonna push a lot harder than just being in a quiet area doing it. It’s gonna be a lot louder, so just naturally push harder. Couple times I’ll push a little harder than I probably should.”


7. Do you think power or performance is more important?


Josh: “I’m gonna say performance, but I do think they go hand in hand. If you have a big showman thing with a couple people making sparks everywhere, everything has to sound good too. Performance is great because it gives something for the people to watch, it gives them, it sets a mood, and without setting the mood, you’re just up there playing. You’ll get a lot people standing with their arms crossed. It’s all about energy, but you got sound good doing it, too”


8. Who do you think gets unfair vocal praise, someone the world thinks is great but is not? And who is great but does not get the credit?


Josh: “This might not be exactly what I choose, but I’ll just choose something for the sake of the interview. I think that Jack Black an extremely underrated vocalist lol. And I think an overrated is whoever the vocalist is for DragonForce. I seen them live.” 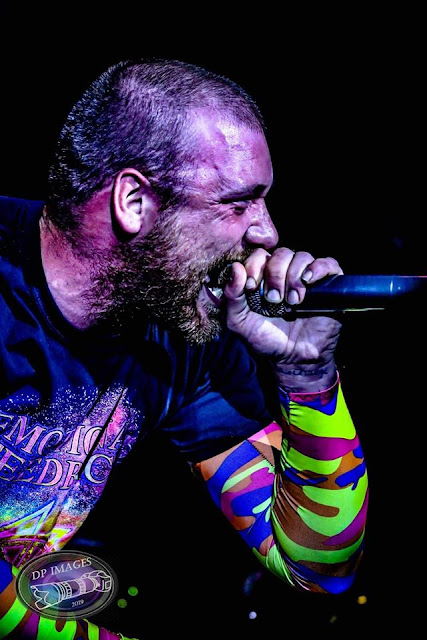 Josh: “I like Jonathan Davis, I like Randy Blythe. I don’t know his name, but Black Dahlia Murder – I love that style. Phil from Pantera, I didn’t realize he did as much good clean stuff as what he did. Because I really listened to him. Last one, the vocalist from Mastodon, I like him.”


11.Who do you love to listen to that would surprise people?


12.If you could remove the autotune from any singer who would it be?