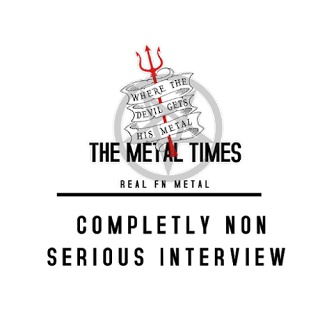 1.Thanks for taking the time to talk to The Metal Times! You have an EP out and a new album being written, Tell us about it!

Hi guys and no problem at all!  The EP initially was written and performed by myself as I was a solo project initially and then Richard Chappell joined Lake Of Dreams and we performed at Ragefest.  Shortly afterward we jammed, and we realized that both of us combined with writing new material was a better idea because some of the riffs he was writing, I was blown away. Lake of Dreams is also going to be a novel and a film as well as a musical project.  The actual idea behind it is about a romance between a druidess and a soldier that was mean to kill druids, witches, and pagans by order of the King, but he falls in love with the druidess and everything changes. 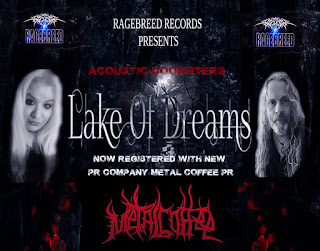 It is about love, hate, external prejudices towards people and how they want to live and the judgement that is bestowed on anyone who is different.  They are both trapped in a place where they love each other and cannot be with each other.  The druidess goes to a sage to seek advice.  She is given three tarot cards.  Each album, book and film will represent each tarot card and the fate for each choice as each choice has its outcome. The EP is about the introduction of the story, where they meet, the dark romance of getting together and the soldier leaving, the clash of philosophy, having external influences and the last song “Aether” is when she meets the sage and spirit gives her 3 choices and the EP ends.  We will be re-rewriting the tracks for the album as Richard has a 12-string guitar and the sounds are amazing.  We will also get in a keyboardist also for live/recording.  Cannot wait to finish the album and record it!

So, the EP was recorded at The Outhouse Studios in Reading with prog genius John Mitchell.  The material I have been writing since 2002.  The material we are working on the new album, is very new and that will be written between Richard and myself.

The EP was written by me whereas the new album being written is going to be combined effort between Richard and me.  It will be a much fuller sound and we aim to bring the atmosphere and some spoken word in the album also. 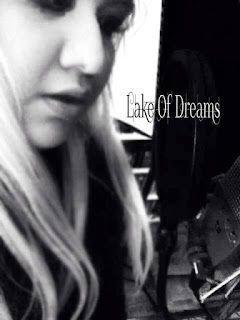 4.Are you signed to a label? If so which one and how did they help or support the process?

Ragebreed Records though other labels have shown interest.  We shall see how this first album goes.  I like to have the freedom of how we sound whereas major labels in past bands I was involved in wanted us to change parts of our sound which I was not happy with. I prefer to do things the way that comes natural to me.  The best written albums are those which are written from heart without external influence from labels.

Since COVID struck just been writing for the new album, we have done so many interviews with press so been working on getting our name out there ready for tour.

Richard Chappell and looking for a keyboardist to come onboard too.

John Mitchell from The Outhouse Recording Studio produced the album as he has been recording my voice since I was 14 years old in Mindlapse.  I trust him with my voice as he gets the best out of me.

8.Some like to record naked or in the dark with candles, did you have any strange studio practices? 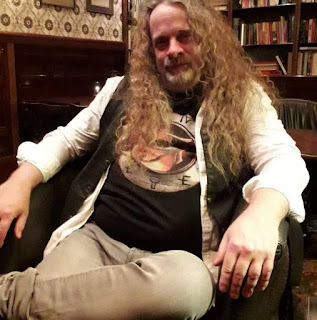 I have a story about this.  As people know I am quite a spiritual person and I kept having dreams about peacocks and they keep coming up when I am doing something of value of my life, I guess almost like a good omen.  So, I told John about his, he said to me, we are going to record in my lounge tomorrow.  I asked him why, I walked in and there was a peacock rug and painting.  I laughed.  It was amazing.  Also, spiritual people see double and triple numbers a lot and where I was staying in my hotel room, out of the thousands of door numbers it could have been, my door number was 333.  I know a lot of people do not believe in this stuff but for me, these were beautiful moments during the recording moments. 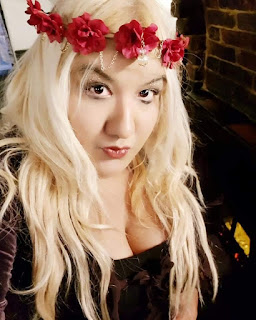 So right now you can buy the EP at www.ragebreed.bigcartel.com

You can add us on Facebook and you can stream from the usual sites plus you can buy the digital EP via iTunes. We have a website: www.lake-of-dreams.com however we will be updating this site over the next few months. 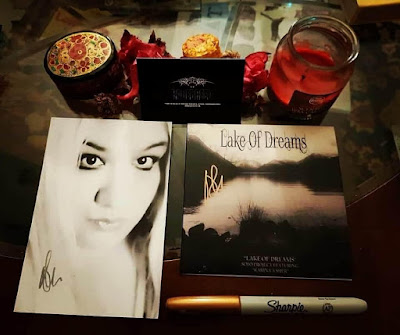 10.What is your plans now that the new EP is out?

For now, keep promoting the EP via press but also get writing for the new album, film, and book and then we are looking to tour UK, USA, and Europe once the pandemic is over.  Also, just a shout to our fans and supporters.  We are incredibly grateful for your support.