This is Darren Stroud and I play guitar for PowerTribe 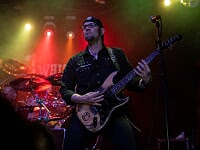 It was Ace Frehley. I thought Kiss was so cool. His smoking guitar was awesome!! I saw them on late night TV when I was about 10 years old and knew I needed to play rock guitar.

Both, I learned a lot just by listening and picking up stuff. Then I took lessons as well and also studied theory books. Listening to Randy Rhoads and studying those theory books really helped me understand theory and how it applied to the music I loved. That was my goal from the beginning – I wanted to know how the music worked and what made it sound like it does. I pretty much put that together myself. But lessons helped in pointing out modes and stuff. I just had to figure out how they tied into Randy's playing.

Yeah I read music and tab. 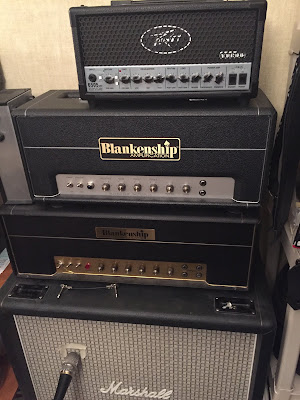 Absolutely! I've been a gear nut forever, always searching for the tone in my head. And I actually found it by learning to build and modify my own amps and pedals. I also have a friend, Roy Blankenship – amp maker – he helps me with the amps to make sure they have the right components to have that older Marshall sound and feel, which I use to build my tone off of.

My guitars are all parts guitars. They are all either Fender or Squire bodies/necks that I've put together. My main stage guitar is a no name strat body that has been burned and has a Squire neck. It was an experiment that turned out real good for real cheap lol I've got a Charvel, Les Paul but the guitars that see the action are the strats I've put together. I have at least 12 lying around. Some have floyd's, some are the standard bridge,


7.What about pickups? Passive or active ? Tell us about them

Passive for me. My fave is the Seymour Duncan Hot Rails. I also like the Dimebucker, but I hard wire a tone circuit to tame the high end on that one. It's a great sounding pickup when the highs are rolled off a bit.

I have 2 main amps. One is a plexi style that I built, again with the help of Roy Blankenship. The other is a Blankenship Masterplex which is a slightly hot rodded JCM800 that Roy built for me. I also use a Peavey 6505 Mini for recording – it blends real well with the Marshall style amps. My main cab is a Marshal 1960BX which has Greenbacks. I also use a Ho attenuator with the plexi. It's kind of a controversial attenuator, but I've used it for years with no issues, When recording the difference of having the plexi wide open or attenuated to just over tv volume is minimal.

My pedal board is pretty simple 1st is a modified Boss SD-1, that's for solos, then a Boss Waza Metal Zone – the WAZA MZ rocks in Waza mode. I use that for rhythms when playing live. Then a Boss DD3 for delay in 1 song that's in our set and that's it.

10.Now tell us your Dream Rig in detail….

I seriously have the tone I need,so I guess my dream rig is listed above and thankfully I own it :) 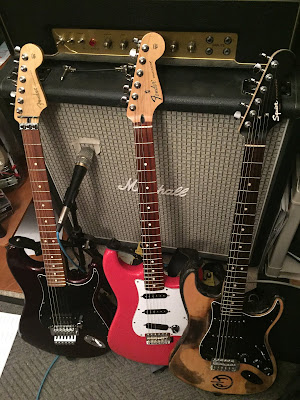 I'm going to go tone. I'd much rather hear a guitar player with great tone than a great player with bad tone. Michael Schenker isn't the most technical player in terms of speed, but I can listen to him all day, and his tone is a big part of why. And his vibrato, which would be technique but still not necessarily a flashy or speedy player.


14.Who is the most overrated guitarist

ahhhh that's tough. Any body who's anywhere has worked really hard to get there, so you can't really take anything away from them.

I'd go Randy Rhoads, just because I never got to see him live. Sitting down with him would be awesome. He just seemed to love guitar, and that's how I am so I think it would be fun. 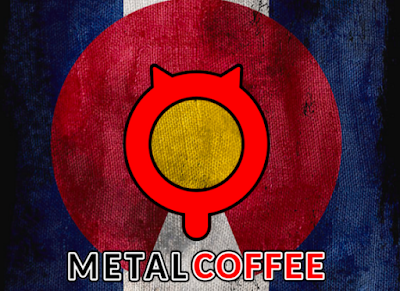