It’s complicated. I had a nasty accident when I was 12 that left me without the full use of my left hand. I come from a musical family, one of my uncles played piano for the Montreal Symphony Orchestra, and he suggested learning the guitar might be a way to regain full function of my hand. It totally ended up working, but it was heavy going and took a couple of years. In the beginning just going from a G7 to a D was literally physically painful. 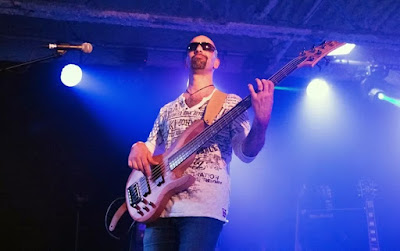 Fast forward a bit and I find myself in a high school garage band with three guitarists and a drummer. Someone had to play bass, and just the thought of not having to play those freaking chords anymore was too tempting. I traded in my shitty department store guitar for a shitty department store bass and never looked back.
Over the next several years I just fell in love with the instrument. Eventually I even managed to work out how to do those fucking chords on the bass! I love the idea of being the ‘silent mover’, I beleive it’s the bass that gives music it’s sense of forward direction. If you’re listening to a song you love and your body is moving in any way at all...that’s the bass doing that to you.
I’ll leave it with this gem I heard a few years ago: singers speak to the heart, guitarists speak to the soul, bassists speak to...other parts of the anatomy that shall remain nameless in a family friendly setting ;)

Told you it was complicated. 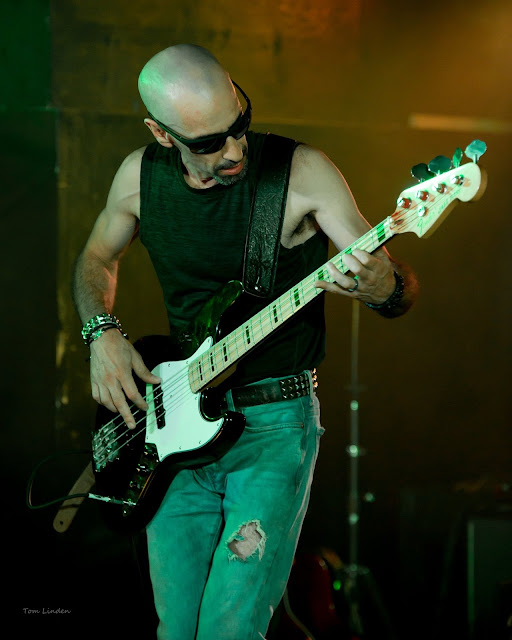 2.Do you think it is unfair or just lack of knowledge bass gets so little credit?
Mostly lack of knowledge I think. In fact I think among musicians who’ve been at it a while it isn’t even true that there’s a lack of credit. I don’t think it’s unfair, it’s just a thing. You admire the impressive skyscraper with its shiny glass reflecting the sun, and I wouldn’t expect anyone to immediately consider the foundation hidden underneath that holds it all together. And that’s ok. Silent mover, you know :) 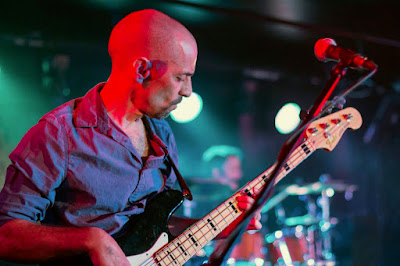 4.Tell us about your amplification
Out of the bass into the pedal board (Boss tuner->MXR Bass Comp->EHX Big Muff Pi Deluxe->Boss Bass EQ) and then into an Ampeg SVT Pro-7 feeding an Ampeg PortaFlex 4x10 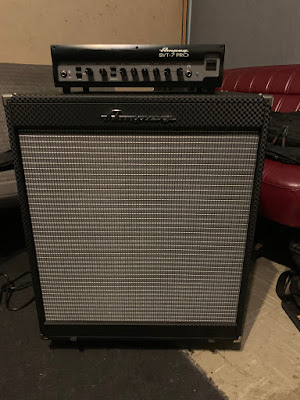 5. With all of that being said do you feel tone is an important thing for bass?
You are your tone. There, I said it LOL!
But your tone shouldn’t be set in stone, it has to work with the guitars or else it’s just a bloody mess no matter how good it sounds alone. Again, the Silent Mover.

6.Do you prefer 5 strings over 4 string?
I have one of each and I prefer the 4. It’s probably an unfair comparison though because the 4 happens to be the Jazz 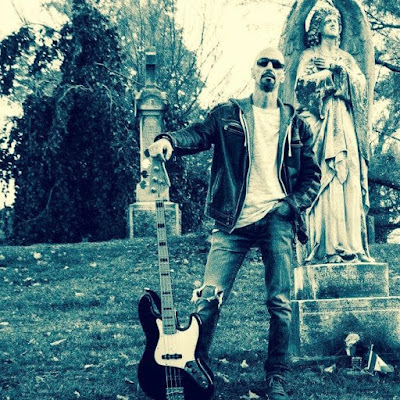 8. Who is your least favorite bassist?
Pass. I don’t do musician bashing.

9.Why do you think women seem to be attracted to playing bass?
Same reason that dudes who are attracted to bass are, it makes you move.
(There’s that Silent Mover thing again.)

10. What bassist dead or alive would you like a private lesson with?
Jaco. 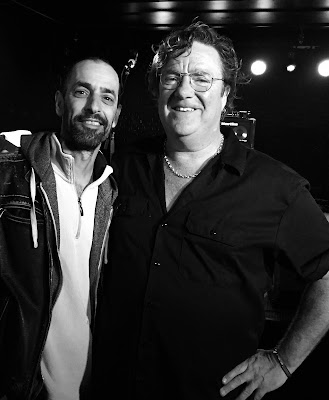 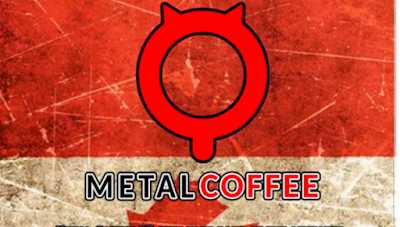