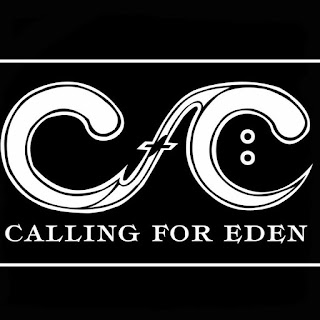 Calling For Eden is a seven member modern alternative rock band that combines the class of adult contemporary with the rhythm and energy of funk. Based in the DFW area, their members are: 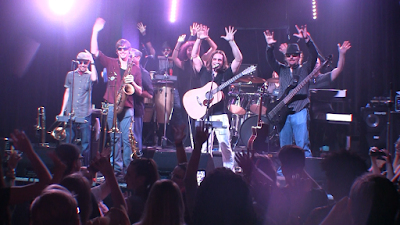 When KC and Zach met it was the catalyst that set the wheels in motion, and what began as The Last Call grew into Calling For Eden.  They would play together on acoustic guitars, covering some of their favorite songs and the positive response grew beyond what the two had expected, inspiring them to create more original music.  This led to their first band and for over a decade the two have worked together on numerous projects and iterations of their original creation. In 2013 they began growing the band, bringing in a horn section, keyboards and blues harp accompaniment to fill out their unique sound.  Having a group of members with widely diverse backgrounds gives CFE a solid foundation and a respect for their craft. "We love music.  It's a language that transcends all barriers and speaks more than just the words within the songs."

CFE has played The House of Blues Dallas, Trees, and Curtain Club where they were honored with a hand painted plaque adorning the walls alongside other influential acts that have played there over the years. They have also played multiple times for the Dallas Stars at American Airlines Center as their pre-game show.

The many elements that come together in CFE’s original work create a vibe that goes beyond the standard rock genre.  Their electrifying shows are a performance to be seen, not just heard.  Drawing influence from many great bands across generations and twisting together to form an unforgettable sound inspiring a plethora of original funk-rock songs with a constant flow of new material.  CFE currently has a five song EP entitled, “Simple Reasons,” a solid sampling of songs that demonstrates their wide variety of genres and style mixing.  A full 10-track album to be titled “Waiting for Something New” is set to release in summer of 2019. These original songs coupled with a wide variety of cover songs tweaked with their personal "CFE touch" make every Calling for Eden show a festive night to remember!

“These rock n' rollers have taken rock, funk, blues, country, jazz, as well as alternative to create something that is truly outstanding and unique.”

“In all this is an incredibly catchy EP. With a mixture of genres and well written lyrics, this is a perfect soundtrack for those chill out days. These guys are simply awesome.”