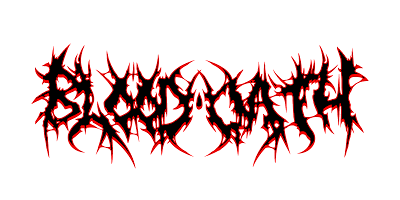 Blood Oath were definitely not formed to win Metal to the Masses for free entry to Bloodstock Open Air festival, or so they say. As with most bands Blood Oath formed after a bunch of mates repeatedly made drunken threats to write music together. A word was had in a promoters’ ear, the first gig was booked, it was Metal to the masses, that week they formed the band, named the band, scratched a logo for the poster and then started writing a 30-minute set in a couple of months. Free entry to Bloodstock was gained, Blood Oath played to a packed tent and found it quite addictive. Since then they have self-released their first full length album Kingdom of Dead Souls, played smaller festivals and many gigs over the UK and even took a jaunt to play the Metalhead Meeting festival in Bucharest Romania. To the accidental tourist they are a prowling venomous warrior daubed in war paint barking orders at a blood-soaked band, assaulting the ears with the sound of a rusty train crashing in to a Viking horde. To the discerning death metal fan however they are the face ripping gurn of the riff, the chanting call to arms and the urge to start a sweat soaked pit. 2019 sees the release of their second full length album Infernum Rex Diabolus, a whole bunch more gigs and festivals and an eye on the Sophie Lancaster stage at Bloodstock… not just for the free entry this time. Oh and Leicester, that’s where they’re from, along with dubious football and Walker’s crisps.
Blood Oath are: Mark ‘Thrax’ Johnson –Vocals Frazer Hart –Guitar Mike Freeman –Guitar Bill Fordham –Bass Ady McGlennon -Drums


1.Tell us your name and the band you play for

Frazer Hart and I play in Blood Oath 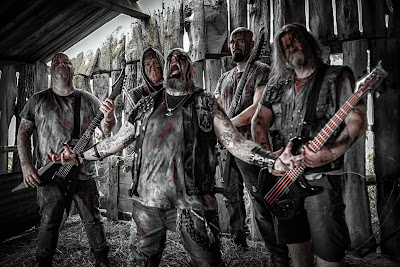 Initially Brian May from Queen, then Adrian Smith from Iron Maiden. They are both very melodic in what they do which I love. I would say Dino Cazares from Fear Factory was a big influence too. I used to play along with the Demanufacture album as a way of getting my fast picking up to speed and tight.

Self-taught. I tried taking a couple of lessons once but it was more finger picking boring acoustic stuff rather than chugging Run to the hills which is what I wanted. 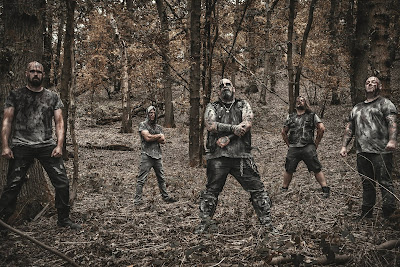 I can read sheet music but very very slowly so pretty useless. Tab is my thing and it’s the reason why I self-taught. Getting my first Iron Maiden tab book was great as it allowed me to play riffs that were recognisable instead of just trying to learn chords. I still use tab now in the band and can write it out pretty quickly when working out ideas and harmonies.

I feel like I am getting closer but still have a way to go. Sound wise I’m still a bit of a caveman and need to stop using too much gain but I’m getting better. My sound has pretty much always been high gain for the chug and I’ve always been happy with what I have. That said I’m always thinking about an amp upgrade. Tone wise I’ve worked pretty hard to always play clean and tight which definitely helps and I’m really happy with that.

It’s a Washburn PX-SolarV16ET Parallaxe V with an Evertune bridge. The Ola Englund signature right before he went off to create the Solar brand. They are pretty much identical to the Solars. Mine is matt black so looks badass.
The Evertune bridge is just incredible. No tuning between songs, if a string breaks everything else remains in tune and swapping a string is so quick with no need to stretch them out, just wind it up and play. I can’t see I’d ever use another kind of bridge for live work ever again. The only modification I made was side fret markers. They were very small dots so I got the white nail polish out (Not mine!) and painted nice neat lines that I can see easier on dark stages.

The Washburn has Seymour Duncan Solar passive humbuckers that are coil splittable. Very solid pickups that are stock models for that Ola Englund signature although I would say that I would prefer them to be hotter. I have a Schecter with Active EMG’s in and I find them a bit too harsh so something in between. Actually I have an old Ibanez somewhere that has a Bareknuckle Warpig in in, I’d love to try that in the Washburn. I loved that Warpig, bags of power for a passive pick up.

I use a Blackstar HT100 Metal half stack. I toyed with the idea of one of the Blackstar Series One heads but at the end of the day I know that for Blood Oath my amp lives on high gain so the HT 100 Metal suited me better with less knobs to mess about with. It sounds great and really packs a punch. The cab is a matched Blackstar 4 x 12. I do keep thinking about putting a smaller rig together for easier transportation but I’m always concerned how loud those smaller heads can get. You still get the occasional gig where its vocals only through the PA and the fear of a quiet guitar puts me off. God I hate those kinds of gigs, thankfully they are getting very rare for us now! 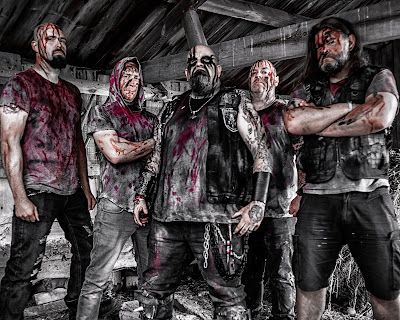 My pedalboard is very basic with just 3 pedals. A Boss TU-3 Tuner. I don’t need this for the Washburn V with the Evertune bridge in but I keep it handy just in case I need to jump on the back up guitar, which is hopefully never. A TC Electronic Sentry noise gate. We play loud, we play high gain… Never underestimate the need for a noise gate. To make sure I get silence on stage with my volume right up I cross wire this through the front of the amp and through the effects loop at the back. This way it kills noise before and after the preamp. Get the settings right and my tone is still great and I can get nice feedback when I want it but once I mute the strings it’s like the amp is not switched on. A must have for super-fast staccato chugging. Last but not least is a TC Electronic Flashback 2 which is a great delay pedal. I only really use it on one setting for a bit of a long delay for the couple of solos I do. It can do so much more but I just need it to do one job!

I love my guitar but need more of them so I want a Solar Type V with Evertune of course. Now I’ve thought about it earlier I’d swap out the pickups for Bareknuckle Warpigs which I love. They are the hottest passives I’ve ever tried without going active and I loved the tight sound of them. If I am my own roadie I’d opt for one of those small Randall Satan 50W heads and a decent 2 x 12 cab, If I had a roadie I’d go full on with an EVH 5150 III full stack hahaha! I don’t really need loads of effects so I’d keep my delay and noise gate and just add a Boss HM-2 (which I own already) so that I can go all Entombed and Dismember when I want to.

Super-fast flash solos don’t really do it for me. I like to hear some of that stuff but in context with a hooky melody. I’m more about the riff than 10 minutes of sweep arpeggios so if you forced me to name guitarists that I struggle to listen to it would be the dudes in Dragonforce.

It depends on the music being played. Some blues stuff sounds great when the guitarist is more about the feel rather than the technical clarity. However I live in metal and I honestly think you can’t have great tone without great technique. Its about being tight, being super clean and clinical with your playing. If you can do that when playing high gain the notes will have more clarity and punch. Look at Vogg from Decapitated, his tone is immense but without his super tight rhythm technique his tone would be mush. In my opinion, for metal, good technique gives you good tone through clean playing, tidy fretting, picking and fluid trills, slides and bends.

Vogg from Decapitated, Adrian Smith from Iron Maiden, Fredrik Akesson from Opeth, Dave Mustaine from Megadeth and Dimebag of course!

Its difficult to say any guitarist is overrated if they are successful at what they do but I have to say Kirk Hammett always wins “awards” more because he is in Metallica rather than his song writing or playing. 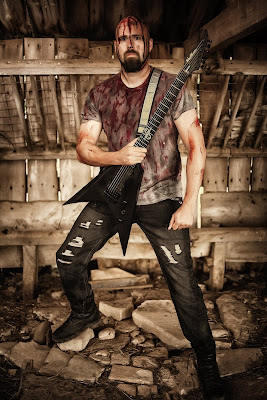