THE PINK SKULL AWARD! AMONG YOUR GODS

I know its the second month in a row that Stacey D of Pink PR! has picked another amazing band to give not only her undivided attention but also FREE PR! And you are still sitting around wondering when your band is going to be picked? Send her a bio and an MP3 staceydmcpr@gmail.com

And Now Among Your Gods 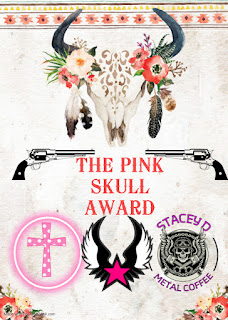 Among Your Gods (Melodic Death Metal/Blr) 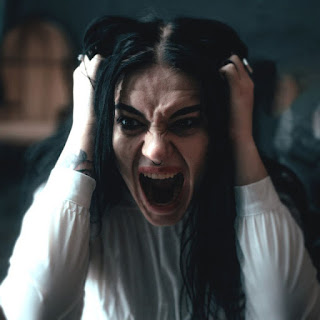 The history of Among Your Gods group is started in 2013 in a small industrial Novopolotsk city on the north-east of Belarus.

Virgin age-old forest framing this place with its greatness and beauty, unimaginable interlacing of railway tracks – trade and industry arteries, unchangeable like time Western Dvina flow – all these left their footprint on Among Your Gods reefs and melodics. Actually it’s difficult to imagine the better place for inspiration of Death Metall Melodics. 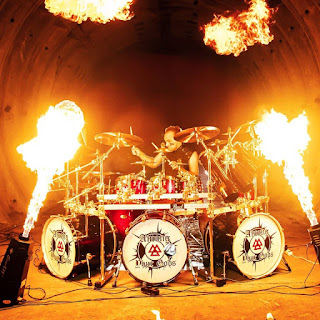 That was what Sergey Ruzikov, the leader of the band, has eventually said, - “This music is flowing in my blood”.

From 2013 to 2017 the staff of the band have been regularly changing. The first name “Sweet Blood” was nominal for the most part, but in November 2015 after thinking on its own conception and music development claim, they made a decision to rename the band. Next the young musicians have to set sail in an ocean of one of the best musical branches, Death Metal, with a new bold name “Among Gods”. 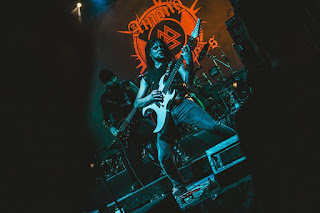 Who took part in Among Your Gods (till 2018 Among Gods) during the period till 2017 year, Sergey tells not willingly, but the backbone of the band just from the beginning consisted of himself and Alexandr Prokofyev the drummer, who came to the band almost immediately after the first public show. 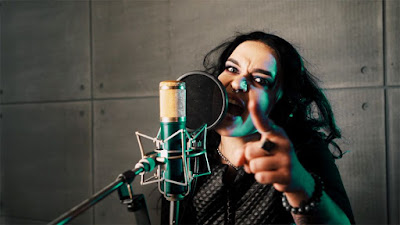 The first concert of the band took place in 2013 on the main square of Novopolotsk as a part of a programme “Novopolotsk is a city without drugs”. By this time three songs had been ready: Rise Up, Vengeance, Nightly Ghost. Besides the main guitar player the band consisted of Dmitry Volodenok (percussion), Pavel Fedorov (vocal), Edward Korshun (guitar), Maksim Medvedev (bass).

In the same year in the studio of Sergey Afonasenko “Catch the Sound” (in Novopolotsk city) the work on matching and improving the songs began. Afterwards these songs appeared in the first full length album. In the same place in the “Catch the Sound” studio in 2015 the video cover-version on the Arch Enemy topic “Blood on Your Hands” was recorded.

In the beginning of 2016 the lead singer Pavel Fedotov left the band. Anastasia Solovtsova came to his place. Meanwhile, the first formal clip for the Nasty Blood song was recorded in Polotsk with the help of knight and horse club.

The lead singer’s band leaving removed the release date of debut album which was almost ready till the beginning of 2016. It was decided to lay the voice of the new lead singer on music with Pavel’s voice underlayed for making the recording.

On 16th February, 2017 another shock waited for the band. On the big rock-festival of “Discovery” school where Among Gods were invited for the performance, the lead singer didn’t wait for her musicians and crossed her band out of the lineup. This spontaneous action which led to the performance failure entailed to the doubt according to Anastasia’s attendance to the band. Moreover, it made another barrier for releasing the first full-length album. However, there was no more time to delay.

Finally, in May, 2017 in the “Catch the Sound” studio the debut album “The Feeding of Cruelty” was announced. The album consists of 10 audio tracks. Its continuance is 40 minutes. This album gets high ratings by heavy music trends’ critics and columnists. Among them: Victor Smolskiy, BUS, ByMetal, Metalheads.by, rusMetalRadio and Discovery rock-school.

Soon after the album’s coming out Anastasia Solovtsova leaves the band and a new frontwoman Alina Pochebyt comes to her place. Since August 1st, 2017 a new productive time in the development of the band began.

Due to qualitative work in the studio the number of audience and fans increases greatly, the invitations from managers of underground concerts from the hole Belarus become more often now. In spite of the fact that album was ready in May, 2017, its presentation took place only in November of the same year. It is notable that the album was released by the own funds of the band. And it was posted on the internet absolutely freely for the audience.

On September 2017 the second clip on the topic Galactic Abyss comes out with the participation of Alina Pochebyt. The band gave an interview on the air of radio “Stolitsa”, got into rotation of russian and belarusian internet-radio stations.

Now the delay of concert’s presentation of album becomes clear to audience. It’s always hard when the front man changes.

That is what Sergey Ruzikov told about the new frontwoman after a year since she has joined the band: “Her energy and dedication create an environment for the further development of the band.”

Autumn and winter are the periods of sadness and tedious work but not for Among Gods only.

On 24th November the presentation of a debut album “The Feeding of Cruelty” took place in a “Brugge” club in Minsk.

May 2018 made everybody working hard. A bass player Maksim Medvedev broke his arm so Konstantin Fedorets, ominous and rigid in nature, came to his place from the Slave of Insanity band.

Also Aleksandr Pavlovsky replaced one of the guitar players.

By the summer concert season 2018, Among Gods had become the participants of the biggest belarusian metal event of the year – “The United Metal Festival” 2018 in Rechitsa city – the metal capital of Belarus. 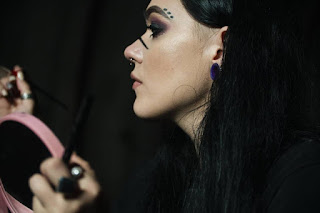 For all the summer 2018 the band has been keeping its position steadily in the list of the best Belarusian metal bands as evidenced by numerous charts and the time in the lineups of the most prestigious events, such as “Kupalskae Kola”, “UMF”.

In Autumn 2018 the technical necessity of changing the name of the band became inevitable. However, the changes were not fundamental, they were connected with the necessity of registration on the European Union music venues.

By Sergey Ruzikov: “All these were verbal restrictions of the international community, nothing changed specifically, we have been choosing the previous name for a long time from more than one hundred possible, but now we are called Among Your Gods, this decision was forced”.

In 2019 the group gained its individual scenic image which allowed to make one more step towards their listeners. But, as well as Among Your Gods’ music develops, this image will always be in dynamics, it will be constantly improved to the joy of the audience. 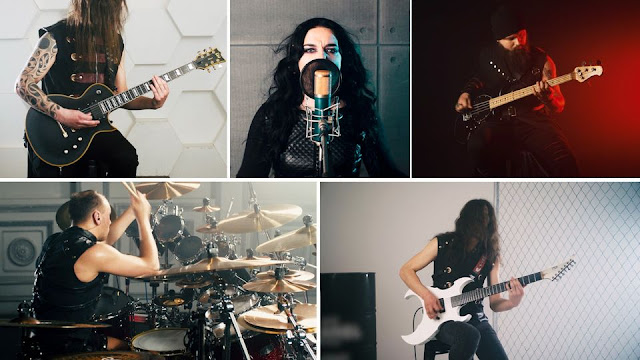 In spite of the fact that it’s enough time before the end of the year, the plans for the following 2020 are making at full speed. The main vector of development is a promotion of the group in metal communities of near-abroad countries. For this purpose, the negotiations with organizers of the biggest festivals of Latvia, Lithuania, Poland and Ukraine are carried on. 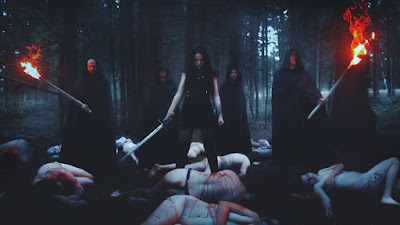 We will be glad to cooperate with organizers and promoters in new 2020, all the offers will not remain without an answer! 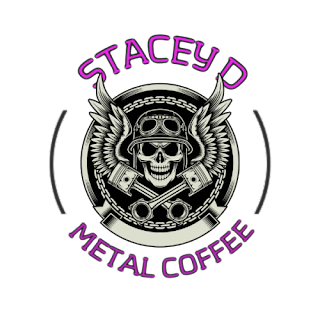