The new album is called Blood Kiss.  It's a horror-themed metal album.  There's some electronic and acoustic elements to this one, but it's still metal at the core.  Lots of dark and nasty fun.

As always, I recorded at Oakwood Studios in Jenks, OK. Over the past few years I've recorded my "best" songs.  So for this one...I really explored some of my B side demo tracks.  A lot of it we fleshed out from scratch in the studio.  It really took on a life of its own. 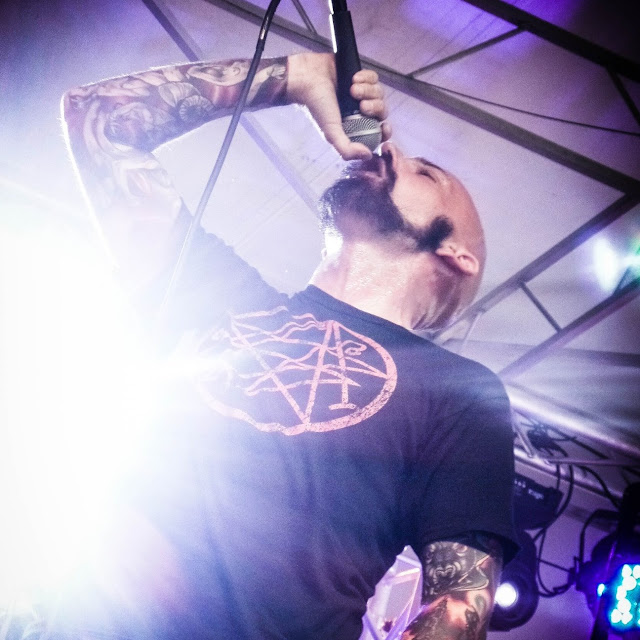 Blood Kiss was always intended to be a companion album to 2019's True Crime.  We've followed each album release with a more acoustic companion.  This one stays true to that...but there's some industrial/electronica elements to it we hadn't explored before.

Nope...I've forged down this road all on my own.  I publish everything under my own indy title of Harnish Music.

We played quite a few gigs, inlcuding Rocklahoma last year.  Unfortunately COVID19 put a dent in our show plans for 2020. Also...2 of our core members, Paul Brown and Matt Duvall are hanging it up.  So there'll be some lineup changes this year.

No new members.  Currently I have Andrea Shirley on bass guitar and David "Weird" Miller on drums.  Adam is always clutch contributing lead work to our albums and even cello.

Adam Woods.  This young man is a genius.  He takes the shapes of songs I have in my head and helps me bring them to life.  We recorded this song Childeater for Blood Kiss...and the next thing I know he's recording live cello for it in the studio.  It took it to a whole new level of evil.

Adam might boot me out of the studio if I went in commando.  Honestly...I usually pound about 2 sugar free red bulls and a giant mug of Diet Coke each session.

We distribute everywhere.  CD Baby makes us the most money.  But you can pick up our Catalog on Amazon, Apple Music, Youtube, Spotify...you name it.

10.What are your plans now that the new album is out? 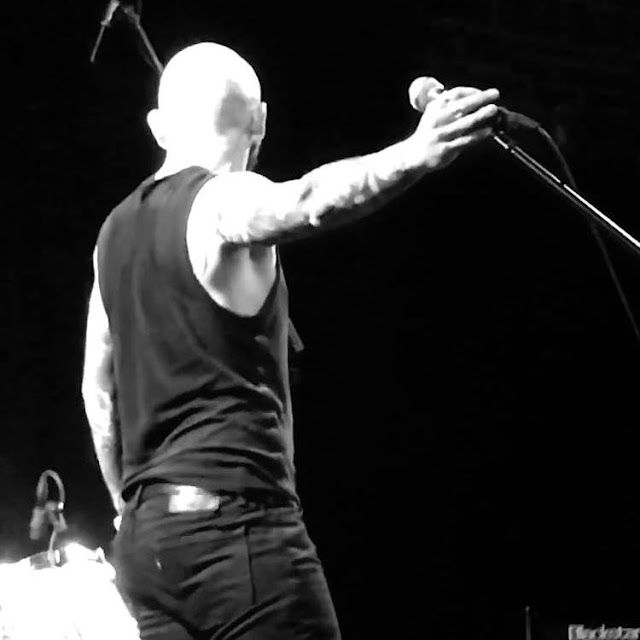 We just wrapped up filming on our first music video for the album.  The song is called Move Inside and its all about possession...so we went all out on an Exorcist-style video.  Music videos are really top of my list this year.  We've got some great ideas for Blood Kiss and some Evil Dead nods.
HARNISH
Current Live Lineup Features:

HARNISH is the namesake of front-man Patrick Harnish.  Coming out of Tulsa, OK Patrick Harnish has been privately writing and recording music for 20 years. With the help of producer Adam Woods and drummer Paul Brown HARNISH began releasing music to the masses in 2017 with the debut studio Album, In Dark Water.  This was followed by 2018's Ill Omen and two companion acoustic albums. Surprisingly, it has been HARNISH's catalog of softer tracks which have caught much fanfare.  Secret Identities and No Thing Like Me have received a lot of praise for their haunting melodies, intense lyrics, and reinvented cover tracks.  2019's hard-hitting True Crime was nominated for several Tulsa Music Awards.  It's companion album, Blood Kiss will release May 18, 2020.  Often beautiful and always dark, HARNISH is certainly the metal band you've been looking for.

I Should Be Dead (Explicit)

HARNISH promotes album releases with the help of Metal Coffee PR.  The band can be contacted at anytime via email to lanternslight67@yahoo.com
Posted by Wes J at 6:56 PM