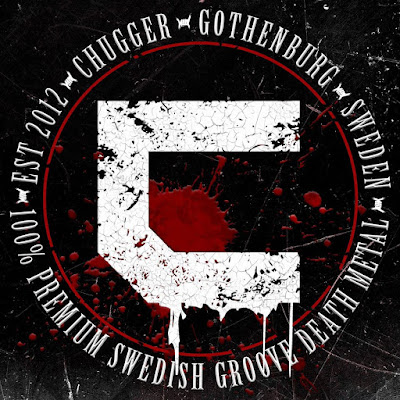 Hey! This is David, vocalist of Chugger, from lovely Gothenburg, Sweden. If you like groove, melody and music that works just as well with a beer in your hand as in the mosh pit, you’ve come to the right place.

We usually call ourselves Groove Death Metal, the perfect blend between classic melodic death from Gothenburg, and the groove of the American south. Imagine a bastard child of At the Gates and Lamb of God, growing up watching Mad Max and Texas Chainsaw Massacre. 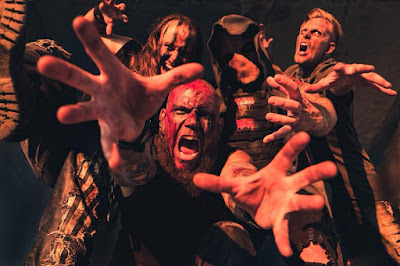 From an environmental perspective it feels weird to ship bits of plastic around when the internet is instant, but on the other hand I understand the joy of a physical item, be it CDs, books or vinyl. As a small upcoming band, printing CDs is a huge cost, and also a big financial risk. Over all, we’re seeing people buying more merch and less albums. For now, we’re aiming at physical copies of our upcoming album, but I’m honestly not sure for how many more years it will be viable.

I’ve always felt a drive towards music, and I’ve been singing and playing instruments my entire life. So it’s never really been a conscious choice, but a natural evolution. Then during my military service, I met Mikael that shared my taste in music, and we ended up starting Taketh together, and that was the start of my musical career. In the beginning I played guitar as well as sang, but realized quite quickly that I didn’t have the commitment to practice and get good enough at both, so I decided to stick to just growling as I figured that was easier (spoiler, it wasn’t). Looking back, I see now that I always dreamed of being the guy in front, and I think so far it’s paid off quite good. 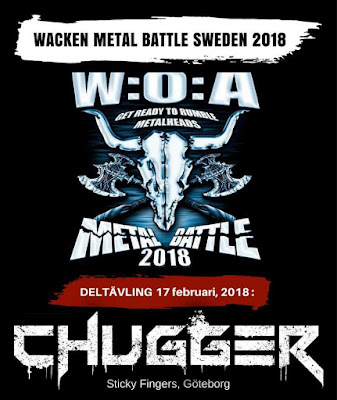 The basic problem is not really unique to metal, but something we see in all areas with a very uneven gender distribution, and most of those areas tend to be male dominated. It’s really hard to break in when you’re the under represented party, and I feel that sometimes a bit of positive “discrimination” to even out the odds can be a good thing. In the end, it’s not like males are naturally better at playing instruments or singing, and I really don’t think that metal is a “male” genre either. It’s just that we, as humans, tend to favor what we already know, and that makes it extra hard to break in as a newcomer. It’s generally not enough to be as good as the guys, you have to be more skilled, work harder and look better. That last part is especially tricky, because I feel that women in metal get evaluated much more on their looks than their talent. Over all, I welcome more women into this world, because I think metal as an art form will become better by it.

6.In the world climate with hatred being at an all time high and metal being an “ angry” music
Do you think your music contributes to anger and hatred?

I think that metal, in most cases, can be a safe place to explore anger and hatred without causing harm. Ultimately, it’s a fantasy, where you can talk about things from other perspectives than normal. From the start, Chugger has focused on the horrible things that mankind does to each other and the world, and often we take the perspective of the perpetrator. Because let’s be honest, who hasn’t fantasized about doing horrible things to that particular asshole, or that ex that broke your heart?
A sane person doesn’t listen to a metal song, or play a violent video game, and go out and murder someone. And a troubled person might do horrible things, no matter what music they listen to. To be honest, I think I’d be more inclined to torture small animals if I had to listen to radio pop all day... 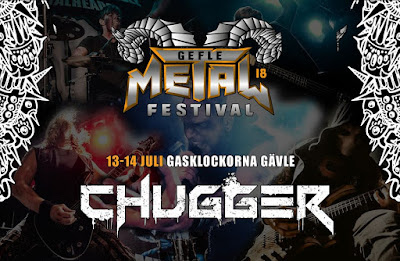 I actually grew up religious, and I discovered metal through the christian metal scene, and I still have a couple of bands from that period that I really enjoy. But I’ve been an atheist for a long time now, and my general feeling towards religious expressions is mostly “meh”. That goes for both the satanic and christian scenes honestly. People are free to believe and say what they want, but I just don’t care anymore, and mostly it just feels silly.

Art has always been political, I think. It has motivated troops, started revolutions and soothed the masses. But as with everything, we tend to filter out the things we don’t agree with, and only see that which fits out world view. But maybe art makes this filter slightly less definite, and allows us to nudge our borders?

We’ve always dealt with the topic of suffering in our music. I like to look at it as a way to channel your aggression in a healthy way. In general, I feel like some of the most violent musicians on stage are the most chill in real life, and for me that’s definitely because I have an outlet in my music.

We’re still struggling with this ourselves, so I don’t really have any definite answers. But what’s worked for us so far is touring and merch. Some people still buy CDs, but the album is pretty much a marketing expense at the moment. As a consequence of this, I’ve been seeing labels taking a more full service role, which I think can be helpful if you find the right partner. Finding someone that can help you with all the stuff outside of the music, that’s a real killer feature. But a record label solely for getting your album out there, I don’t think there’s much room for it any more.

10.Why with the thousands of options including netflix , sporting events everything on demand
Why do you think people should take the time to listen to what you have to say in your music?

For me, music holds a special place compared to other forms of “entertainment”, and I think many people feel the same. Especially metalheads! We tend to have a more personal relationship with music than many others.

So if we’re sticking to music in general, and metal in particular, I think that Chugger has a good formula. We have lots of nice guitar riffs, a kick ass drummer that’s frankly one of the best I’ve heard (I’m just a vocalist, so I can say these things) and a combination of groove and melody that I haven’t really found anywhere else.

Personally, I tend to become a fan of bands that are interesting live, and because of that I’m really proud of Chugger having a great live show. We aim to kick ass on all shows, no matter if there’s five or five thousand people in the audience.

I definitely think artists deserve to get paid for their work, but it’s not really that simple most of the time, is it? It’s not easy betting on unproven artists as a venue/booker/festival either, because sadly people don’t go out to see unknown bands that much anymore. 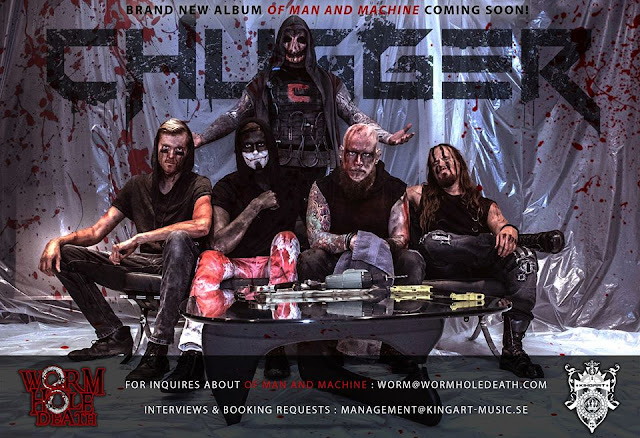 I’ve noticed that there’s quite a big difference between countries. In places with less rules and regulations, you tend to have more small venues where fresh bands can prove themselves with less risk. Here in Sweden, the smaller places are closing down due to all the rules making it unviable to not focus on acts that pack the place full. 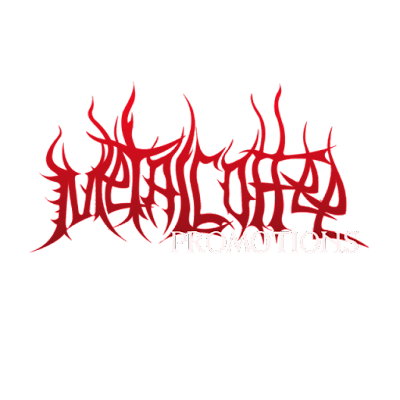