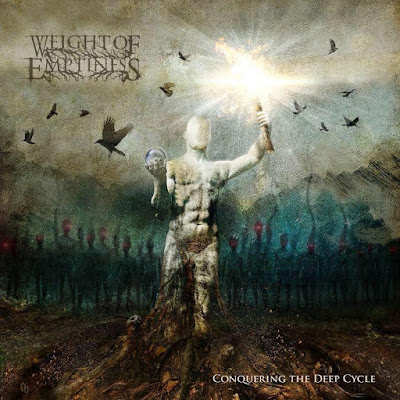 Thank you very much and yes, we do have a new album under our arm, which we call "Conquering the Deep Cycle" with which we have had an incredible reception from the public and the specialized media.

The drums were recorded in the Audio Custom studios in Santiago de Chile and the rest of the instruments in the band's own studio located in Buin, called "The Farm" and then all mixed and mastered by the great Richard Iturra in Arica. 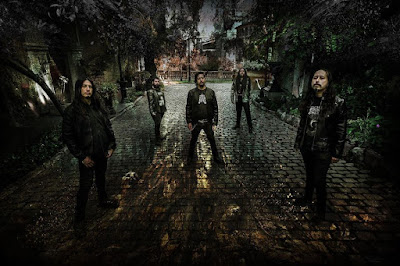 The material is new except for the song "Two Tears Alone" which was composed in a period prior to Weight of Emptiness, however the song was never recorded in any recording so we used it to close certain cycles of that period.

I think that what differentiates both productions has several edges, such as the level of production is much higher in this second album than in the previous one, or the quality of its art, the quality and complexity of the songs is also greater and clearly his lyrical concept is much deeper and darker than it seems at first glance ... in general I think this new album had a greater dedication on the part of us to leave nothing to chance and worry much more about every detail.

If in fact for this new album we signed with Australis Records and in the background his work was to print the albums in a physical way, that was his contribution, the rest is all the effort of the boys of the band.

When we released the first album we made a 6-date tour of different cities in Mexico, in addition to the composition of the songs for the new album and for the promotion of “Conquering the Deep Cycle” we achieved 10 dates in the old world, passing through Spain , Bulgaria and Romania and then 3 dates in Argentina, not counting the dates we have in our country, so our agenda has been busy, playing a lot live, which is something we love to do.

Well informed that they are! Yes, we did a change of bassist. Manuel Villarroel left the band for personal issues and we brought Mario Urra who is a great musician and excellent person, with whom we have been able to explore further with the sound of the band, so we are very happy with Mario.

The truth is that we do not work with a producer so that work is something we do among all. In Latin America it is difficult for you to find underground bands working with producers since there is no money to finance that. 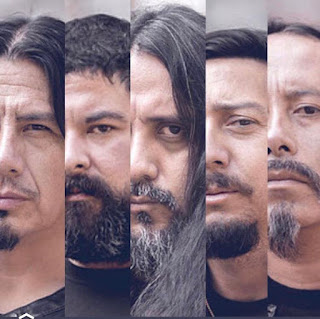 hahahahaha in no way will I show my cock to any of the boys, they could fall in love with me, hahahaha ... no, the truth in that sense we work quite professional and maybe the only one who gets a little messy at the time of recording is me , since to refresh my throat I always drink some beer, but only a little (jajajajajajajajaja).

Well the album can be found directly with us in Chile. It is also distributed by Australis Records. You can request it at www.asutralisrecords.com. To learn more about us you can visit our official website www.weightofemptiness.com, our youtube channel and social networks facebook, twitter and instagram

The truth is that we have several ideas in mind of what could come, we are already planning and composing a new album, but the focus today and what I can tell you, is that we want to play live what we can most and hopefully more people listen to the band and that allows us to continue playing all over the world and enjoying experiences with our fans from all over the world, greetings and ..... Stay Unbreakable !!!!