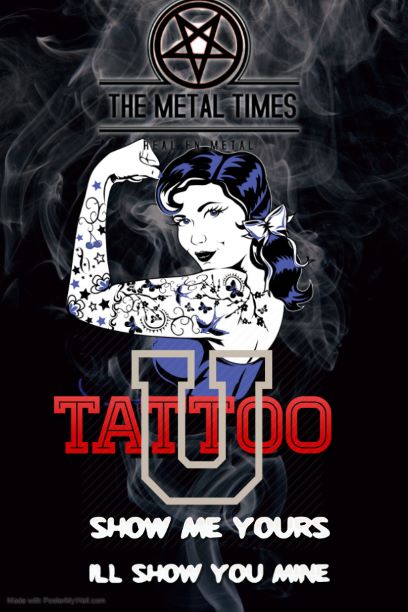 1.First off thank you for taking the time to speak to the metal times.

please tell us your name and what you do for a living.

My name is Star Conley A.K.A. Madame Morbid and I am a professional Barber going on 11 years now and I am also a stagehand and spotlight operator. I basically help setup stages for concerts and operate spotlights on performing artists. 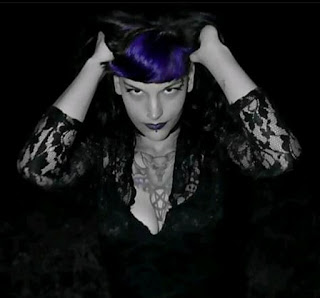 2. So obviously this is an interview regarding tattoos, let's talk about your art and why it is important to you.

Some of my tattoos are meaningful, some are random nonsense. My 2nd tattoo is meaningful because my mother collected comic books and I learned how to read from reading them. My favorite comic was released in 1957 and it's called "Hot Stuff". He's a mischievous baby devil always getting himself in sticky situations but gets by with a little help from his friends. I've always felt was the story of my life. Another meaningful tattoo I have on my left arm is a triskellion which symbolizes bondage, discipline and dominance which is a big part of my life. One of my random tattoos is Casper the friendly ghost. I got him for a Friday the 13th special and it was a spur of the moment tattoo. Most of my tattoos are. Including a large bat with a pentagram on my chest. I've always had an obsession with old-school vampires so I also have a bleeding vampire bite wound tattoo on my neck. The pentagram to me, is a symbol for believing in yourself with the 5 points represent the hands, feet and head of humans. I also have a tattoo wrapped around my leg between my knees and ankle with a depiction of an octopus devouring a scuba diver. It's an original piece I made up but I love the art about it. It has no specific meaning. 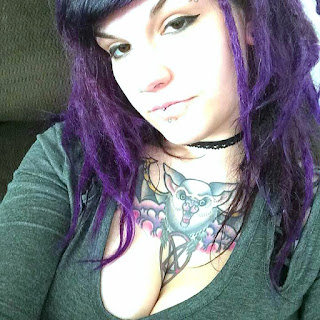 3. What made you want to get a tattoo? And how many people told you not to do it? And did it make you think twice?

I've always been a big fan of art. Especially tattoos because they permanent (most of the time) and they kind of give you an idea of what someone is like or what they're interested in, etc. It helps to strike up a conversation or make new friends based on similar interests and it's definitely a great way to express oneself. The only person who told me not to get a tattoo was my father but my mother was the complete opposite. It never made me think twice though, I've wanted tattoos since I can remember. 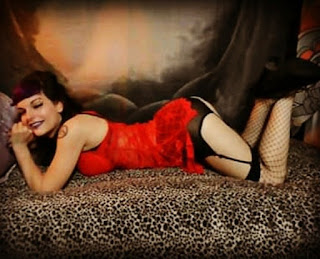 5. What was your first piece? how did you pick it out and was it done professionally(where) or underground? (where)

I got my first tattoo when I was 15 and it was a spur of the moment! Lol. But it was supposed to be a purple star on my right hipbone but came out very blotchy and spotty. It was done by a mutual friend (whom was not licensed of course because I was underage) in his grandmother's living room. Later on, I found out it he was high on heavy drugs while he was doing my tattoo so it had to be worked on 4 times total by other artists. I ended up covering it up with a pot leaf but it looks great now! Thank goodness for cover-ups. 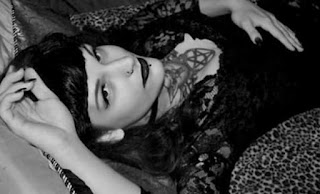 6.were you scared about the pain or the consequences more?

I haven't been scared of either. It's more annoying than painful and in both of my lines of work, tattoos aren't frowned upon. 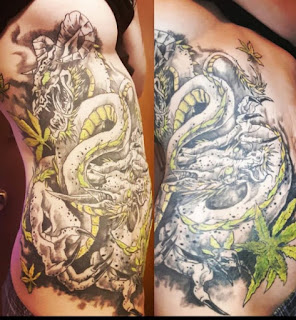 7. How has your art hurt or helped your career or has it hindered anything that made you wish you didn’t have it?

I worked at Sonic drive in when I was younger and my manager said my Hot Stuff tattoo was "distasteful" so I had to cover it sometimes but the Pentagram and bat will really terrify people. I live in Oklahoma which is bible belt, no doubt. I've had people at Taco refuse to take my order then while someone else was taking my order, the first cashier held her rosary and started praying. I've gotten quite a bit of backlash from my tattoos but I am who I am. I don't get the tattoos to please or annoy others. Lol. But luckily, in both my lines of work now, I don't really have to worry about tattoo discrimination because most of my coworkers have them too! 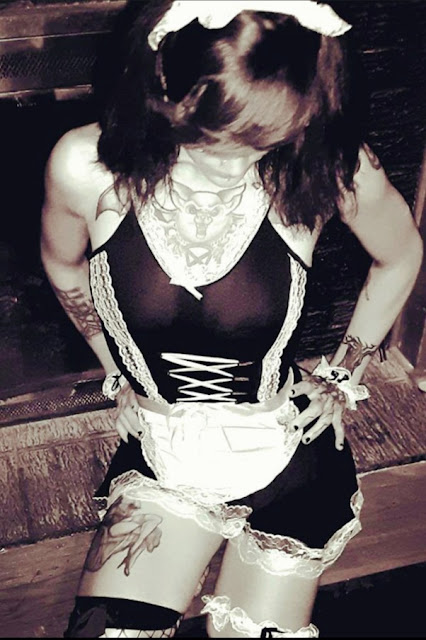 8. Are you about a story with your pieces or are you just into cool art? In other words, does your skin tell a story

I'm really just into cool art but story pieces are awesome too!

9. Is any of it about extremity pain/pleasure or is it more expression 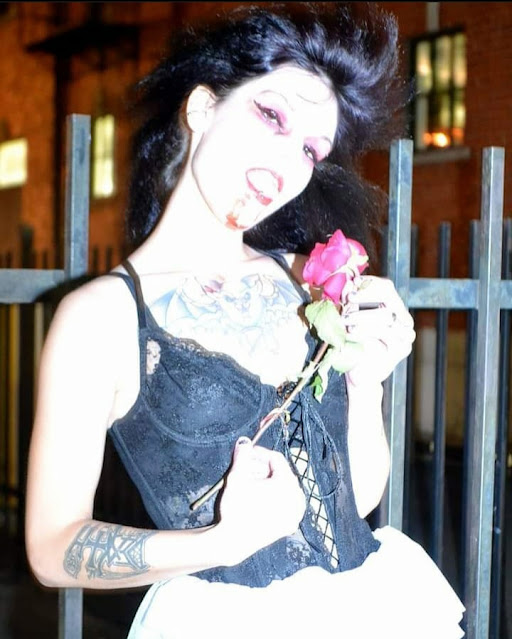 Definitely more expression for me personally.

10. Is there an and game? When do you think you will be finished

I will never be finished. I'm addicted.

11. What is your number one favorite tattoo and why? 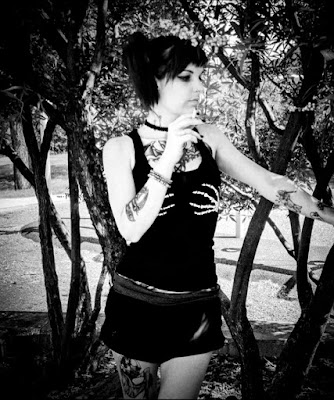 My favorite tattoo is probably the tree on my hand. I thought of it myself and I love the different patterns in the world and the pattern of the branches look like creepy veins on my hand which I love anything creepy so I'm really diggin' it. Plus I get lots of compliments so that's always a bonus. Lol

12. How do you feel about getting a partner’s name or initials? Is the curse real?

I honestly don't know what to believe but I do know a lot of people with their exes names still on them. I think a symbol of some sort to represent a relationship is more intimate and interesting. 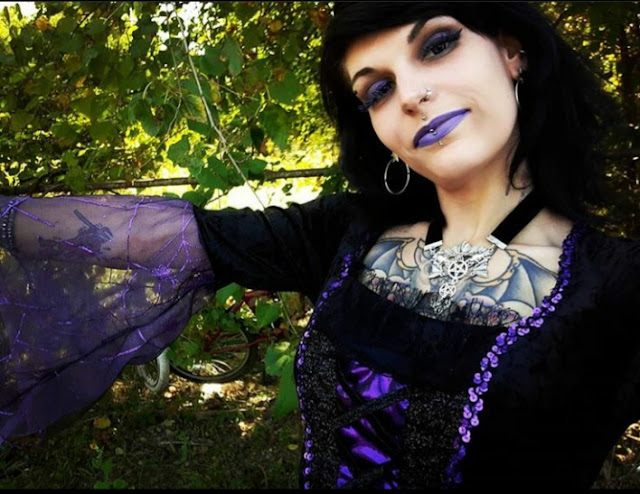 13. Do you have and if so are you willing to admit you have a barbed wire band tat?

Lol no I do not have the cliche Pamela Anderson barbed wire tattoo.

Thanks for interviewing me!

If you have killer tats with a killer story we want to hear from you! send a few pics and a small bio to
themetaltimes@gmail.com to get started!