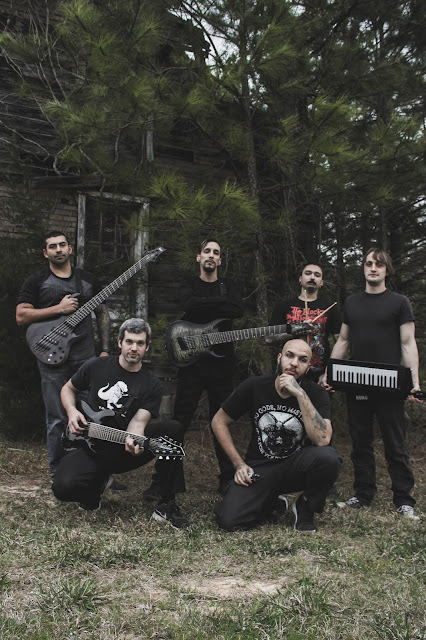 Solomon Grundy is a North Carolina-based metal band founded in 2020, which combines deathcore and cinematic death metal to form an epic experience in their songs.  The band is formed by six members  all residing in different parts of NC. Members include Jordan Bryan (vox) , Matthew Gonzales(guitar),  Zack Bent(guitar), Joel Macias(drums), Rudy Leal(Bass) , and Alex Moody(keys).  Solomon Grundy has many different flavors throughout their playing style, heavily influenced by bands such as Shadow of Intent, Thy Art is Murder, Lamb of God,  and Within the Ruins.  The band has recently put out a new single on all major streaming platforms, as well as a lyric video to go with the single on YouTube. They are heading back into the studio shortly to record their first debut EP.

For your One Time Blast email your bio / mp3 or video to metalcoffeepr@gmail.com