Ninefinger is a hard rock band that hails from North Hollywood, CA. Ninefinger gets its namesake from its dynamic singer, Mike Winney, who is Mr. Ninefinger. How he lost his finger is a whole ‘nother story for another time.  Many of Ninefinger’s songs have become mainstays for the UFC, featured on their main events as well as Fox Sports’ UFC Reloaded. Ninefinger just released their new EP, “Between Everything Else,” and will be mounting a tour in support including the Bring Back the Rock Music Festival in Johannesburg, South Africa and dates in England in 2021, as well as more local shows when the pandemic is OVER!! 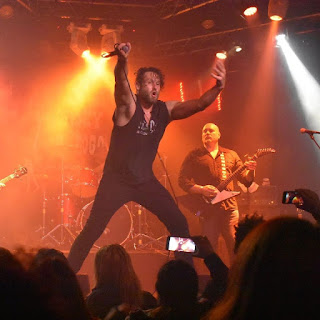