BEYOND THE GREY JOIN THE CREW 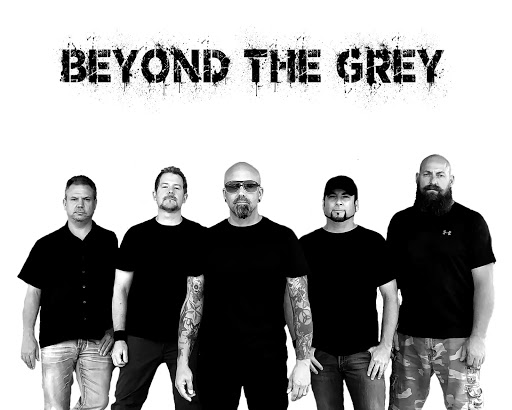 Beyond The Grey- BIO
"Beyond The Grey is a five piece powerhouse. Hailing from Kansas City, USA they have made a name for themselves by combining the best of their influences such as Judas Priest, Metallica, The Cure, Cheap Trick, Tool, Disturbed, Pantera, Pink Floyd and The Foo Fighters to make their own sound filled with heavy riffs, driving bass, banging drums and melodic vocals. They have released 2 independent E.P.’s, multiple singles and one full album with PureSteel Publishing, which have been played on countless radio stations all over the world. Beyond The Grey has also opened up for the likes of Hinder, Bobaflex, L.A. Guns, Bang Tango, Zach Myers (of Shinedown)’s band The Fairwell, Enuff Z'Nuff and many more. Currently, they are working on a new E.P.  with producer Matt Richards of Avenue Record Company that is expected be released in late 2020.
Beyond The Grey is:
David Lingenfelter-Lead Vocals
Jim Mcneill-Bass/Background Vocals
John Alexander-Guitar/Background Vocals
Scott David Cameron-Guitar/Vocals
Eric Nissen-Drums
EPK LINK -  http://www.reverbnation.com/rpk/beyondthegrey
VIDEO LINK-
https://www.youtube.com/watch?v=Jkn0plKcaQA