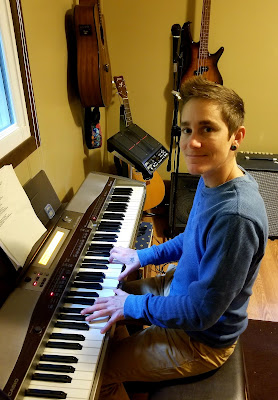 1.I just have to ask why keyboards?

This was the instrument I was asked to play for the current band, Palenium, so I gladly took on the role. Playing keyboards gives me the opportunity to add unique, dramatic, and sometimes chilling properties to songs that can really bring the piece together and fill some of the dead space.

2.When you started playing keys was it your intent to join a metal / rock band?

Nope, I always played drums in rock bands. I have typically played keyboards to write my own solo material but never imagined evolving my skills in this way.

3.Who are your influences?

4.Do you know who Jon Lord is without using Google?

He started the band Deep Purple and was a genius on the keys!

5.What do you do visually to enhance your presence?

I like to move around to the grooves & try to engage the audience the best way I can.

6.Why do you think keyboard players in metal get so little recognition?

I think people typically focus on the guitars and drums and its easy to overlook the sounds of the keys unless you have an ear for it.

I sure did! It was my first instrument as a little nugget. I received some piano lessons and use to be able to read music but always preferred playing by ear.

8.Its one thing to seranade with  a guitar  , do you have a seranade story youd like to share?

Not particularly although I do love some juicy serenades!

9.In line with the last question keyboards are often looked at as romantic are you romantic when you play or are there visions of the Phantom of The Opera ( the scary 30’s one) in your head?

I think the sounds of a piano provide so much versatility, intensity, and beautiful depths but it truly depends on the pianist, melody, direction, and feel of the song.  I definitely have some pieces that are more romantic in nature and some that are eerily haunting that invokes some of the dark Phantom of the Opera visions you speak of.

10.Convince me keyboards are cool because you're facing a large audience who begs to differ. Change our minds

Keys are so critical to sound and have been one of the major foundations to music. The sound of the hammer on the strings can truly vibrate and open your heart, sending waves of emotions throughout your mind and body. Sometimes all it takes is one note in the right place or the perfect melody/harmony to a song to touch and move you. There is something raw and powerful about it. The dynamics, movement, pitches, rests, and vibrations of the piano resonate and catch our ears for a reason. 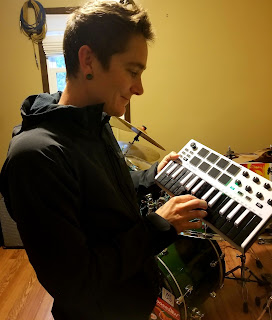