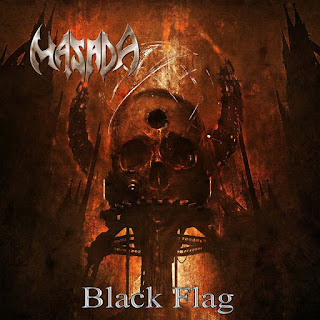 It seemed to just speak to me- I loved the way it sounded and looked and frankly, a guitar just looks silly on me at 6’6 and 300 some odd pounds lol.

It’s definitely lack of knowledge by the average non-musician. Most don’t understand the relationship bass has between the drums and guitars and which will be followed or lead more closely by the bass, which will have a massive impact on the way the song feels overall.

Right now my main bass is a Fender Precision Deluxe, sunburst. I’d played Ibanez ATKs for many years. I’ve got a blue wood grain and a tobacco burst that I got from Mike from COC. I’ve also got an old Gibson Victory, and a Carlo Robelli acoustic. My main reason is the tone. The ATKs are great and I still love them, but the Fender just has “that tone” that I’d been searching for. The Victory is cool too, but hangs on the wall more than anything. As we speak, I’m having a bass built to my custom specs by Holgado Guitar Works out of Atlanta. It will definitely have the Fender Precision flavor but with some killer additional changes like a longer scale, a hot rodded pickup, and different woods used for the build. I can’t wait to get a hold of that! 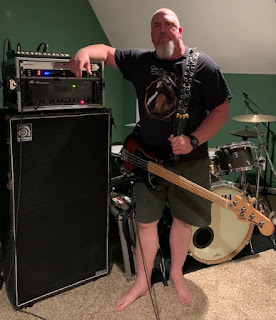 I’m an Ampeg guy, through and through. I’ve been using them for the better part of 20 years. My main head for the longest time has been an 81 SVT from the MTI era, which I basically retired and use for studio work mainly now. I’ve been using a 90s era SVT 3 Pro for the past few years, which has been great and reliable, but I JUST picked up a 90s era SVT 2 Pro, which is basically an SVT Classic in a rack mount format, but with more tonal capabilities. All those I run through an SVT 8x10 cabinet. 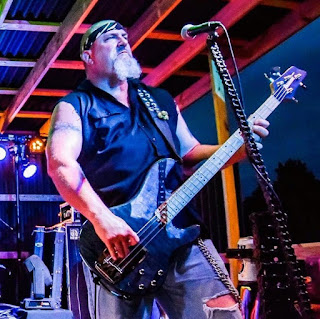 Tone is MASSIVELY important for bass. It determines everything about how I sit in the mix both live and in the studio. There’s a very important relationship tonally between the bass, kick drum, and guitars. Having a guitar player that doesn’t have that”enemy of all bass players” silly ultra scooped mids  helps make it easier too. You just have to find that sweet spot on the eq and just the right amount of grit to be heard properly without muddying up the mix and roll from there.

I’ve played 5s and loved them, but they’re just not my thing. I found them to be great for covers, so you don’t have to constantly retune etc., but I’ve been playing 4s for the longest time. I can get everything done on them that I need to.

Hands down, Mike Dean from Corrosion of Conformity. Wickedly underrated

No one in particular, just anyone who’s an arrogant asshole

I think women are attracted to playing bass because on the whole, their nature lends to attention to detail, which is really important to being a bass player- where to place the note on the beat, what type of note, or even leaving the note out. You can get away with being a somewhat loose, sloppy guitar player ie: Jimmy Page, Keith Richards, Curt Cobain. If you are a loose, sloppy bass player, you’ll make the band crash. 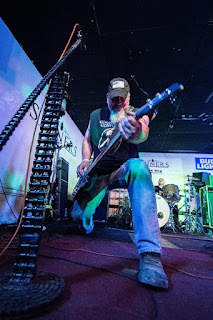 Cliff Burton. I’d love to just sit down and jam with him.

Well, they’re all ridiculous, but for different reasons, but I’d have to go with Claypool. The dude is just so damn unorthodox in so many ways, and not just his playing. From his tone to that 6 string fretless Carl Thompson, to his voice and whacked out lyrics, to the way he kind of looks like a mad professor! I bet he’d be an interesting conversation. I’d definitely go fishing with that guy..