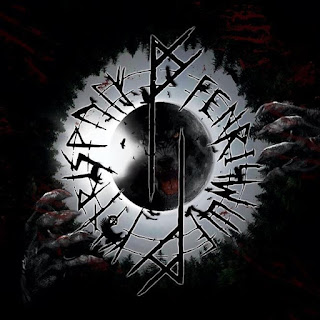 It was developed in the 1980s through the mid-1990s as a rejection of Satanism and the occult, and instead embracing the Vikings and paganism as the leaders of opposition to Christianity.

Influenced by Nordic folk music, it is considered a category of folk metal, but it is a separate branch of that style, as there are notable differences.

Not all of VIKING Metal are from The Scandinavian continent.

delivers all the goods on this one. The only pitfall with this debut album is the production and mixing job which are not horrible by any means but there are moments, most notably on the bass, but If you base your musical happiness on production then this will most likely disappoint but if you can forgive the inexperience and focus on the music itself then this one is completely satisfying on many levels. Steeped in Western classical undercurrents and decorated with ethnic flavors and black metal bombast,

BREAKING CHAINS, is quite the satisfying experience of experimental Viking /Pagan black metal emerging from one of the fastest growing Heavy Metal across all genre's but most unlikely regions of the planet in Blackened Fokelore/Viking metal which rarely sounds this sophisticated and FENRISWULF found a way to stand out from the very start.