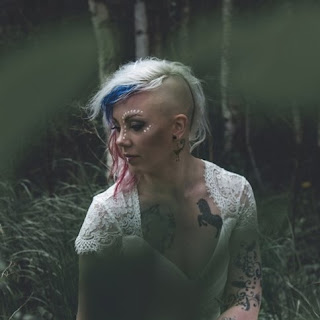 1. Thank you for inquiring me for interview. The EP ”Blackened Sky” is my first release and I am very excited to see what’s gonna happen with it and how people are going to receive it

Can you tell me about the recording process?

2. The instruments were recorded and programming done by Eemeli Bodde and Jonne Soidinaho in various locations and vocals were recorded with Ville Hautaluoma in his studio in Seinäjoki, Finland. All material is new and made specifically to release as this EP

What do you feel is different between this and you're last release?

3. I don’t really count the previous ”Covers I” as a release because it was just two cover songs which I uploaded to Spotify to use as reference tracks for future purposes, so I guess the biggest difference is that this new EP is kind of the first ”real” release with own new material

Are you signed to a label ?

4. With this new EP I’ve gotten together with Inverse Records. They have helped a lot with the releasing process and getting exposure for the EP from their good contacts. All collaborations for composing, production and videos etc. were organized and sponsored by myself.

Can you tell us about your band?

5 Right now as a solo project I really don’t have a band, and the live line-up is also a question mark at this point, but I’ll try to figure that out by the EP release, so hopefully, I could start doing live shows then.

Who inspired and helped you in the recording process?

7. Jonne Soidinaho was the producer for this EP and he also did some of the composing work. He brought my ideas and poetry to living and breathing songs and I couldn’t be more thankful for all the work he’s put through to get this release out.

Did you have any strange studio practices, crazy stories?

8. We were really just being super work-oriented with recording, just being ugly and super efficient and probably kind of boring (as if we could ever be boring). But I have noticed that is a bit strange studio practice. To just be there for recording and nothing more..

Where can we find your work?

9. The EP will be streamable in all platforms in March 10th 2021. First single ”Hollowness” is already out and streamable, and the music video for ”Hollowness” can be found on Youtube. Next single ”Enough” will be out a few weeks from now, 16th December.

To keep up with news and learn more about me, from social medias I use instagram the most, you can find me there as @rioghandarcy

What is the plan for the future?

10. The most important plan for now would be to confirm the live line-up and get some shows. But of course we’ve already scheduled to start recording a full-length album next year. 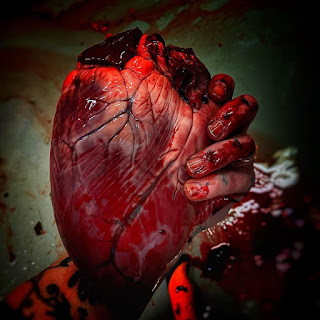