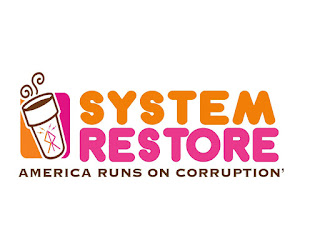 “In your face punk tracks that follow the old tried and true method of: fast, hard and in your face.” - Dying Scene

“Anarchist-ish ideals mixed with the self-deprecating yet unclear tone of a suburban teenager growing up in hectic times.” - Colorado Punk Rock Army

It’s damn easy for artists to become dormant in small, middle-of-nowhere towns. For the members of Casper WY’s System Restore, this dormancy could have been their legacies. According to bass player and Wyoming punk vet Dan O’Hara, that’s where he was headed. “I was going on the occasional Lillingtons trip with my brother [Lillingtons drummer Tim O’Hara] as a merch guy or stage tech. I thought, ‘this might be fun to try again. But maybe later.” However, following the death of local legend and Teenage Bottlerocket drummer Brandon Carlisle, O’Hara realized that life is too short to postpone one's dreams. 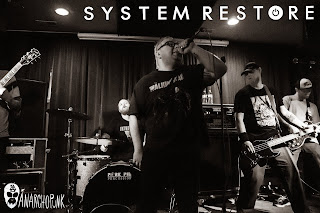 In their few short years as a band, System Restore has made appearances at several festivals and completed three tours. They’ve shared the stage with The Lillingtons, Reno Divorce, Avenues, Bricheros, Voice of Addiction, and many others.
LINKS