1.Thanks for taking the time to talk to The Grinder! You have a new album out, Tell us about it!

Haubersson: Thanx for getting the chance to get mangled in THE GRINDER ;) Fuck yeah, our 5th full length album, entitled “The hour of the avenger” is set for a release on the 6th of December 2019! It will be unleashed upcon mankind through the channels of WAR ANTHEM Records (Germany). The new album is 100% REVEL IN FLESH and will bring our “Deathkultish” madness to the next level - stay tuned!

Guitars & bass were recorded at our guitarist’s very own VAULT M. Studios. For the drum production and partwise the vocals we’ve hired local studios to work with new maniacs behind the desk! The goal was to get a new impulse and to raise the quality level! Of corpse: ALL material is brandnew, deadly & intense. The track “Sky burial” was released previously under a different version on our split 7"EP with TEMPLE OF VOID from the US. The album version is slightly different in sound, production and setting!

Well, the new album is a logical progression and sets in were our 4th album “Emissary of all plagues” left off. We raise the grail again with more melody, more atmosphere and more intesnity, BUT over all you still here that we are a band of “die hard” classical Death Metal worshippers. We stick to our roots and we are most certainly NOT (!) About experimental bullshit! 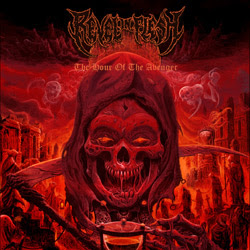 For this new album we’ve co-operated again with our trustful comrades from WAR ANTHEM Records (Germany). They already did our “Relic of the deathkult” compilation album and the reissues of the first two REVEL IN FLESH albums “Deathevokation” and “Manifested darkness”. The label has very good standing within the scenery and we work together on a smooth level! Horns up!

We’ve did many weekend shows, festivals and small minitours. Mostly in Central Europe and countries nearby! Playing live is a major point on our agenda beside drinking beer and having a good time :-)

The new album is our very first one with our new drummer Hen “The Man” Henriksson! He’s already a member in the Deathkult clan since two years. His drumming, input and personal level was a big and very healhty addition to us! His performance on the new album speaks for himself! 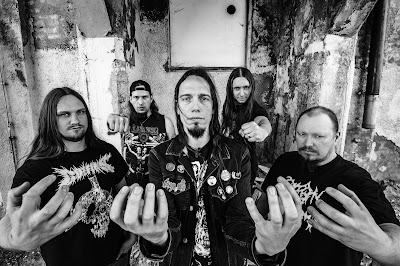 The mix and mastering was done at UNISOUND Studios by our long - time producer and sound wizard Dan Swanö (EDGE OF SANITY, BLOODBATH, NIGHTINGALE etc.). Dan is an ace within this genre of music. We co - operated on a very cool level and he knows how to deal and push our deliveries to the next level!

Well, having freaks like us in the studio is already strange enough to “normal” people and minds!

Get it from our label, our webshop, rip it, steal it or whatever...most of all play it loud and act like a Deah Metal possessed maniac! Here are your channels of trust:
www.revelinflesh.com or our label’s mailorder at:
www.cudgel.de 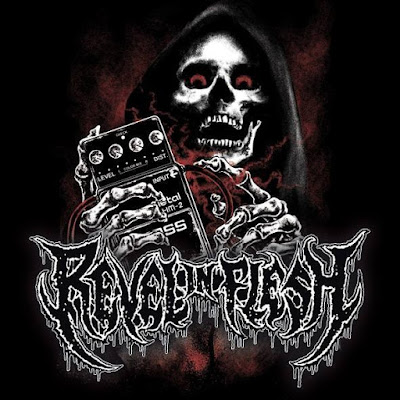 Playing live and bringing our vision of DEATH METAL to your favorite clubs!!!

Here is our new lyric video for the track “Blood oath” from the 5th album “The hour of the avenger”: 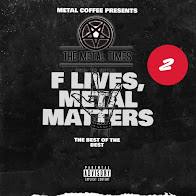 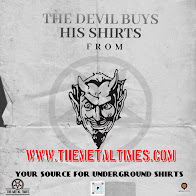