The Mastermind with 2 names and 6 strings Christopher Carrion 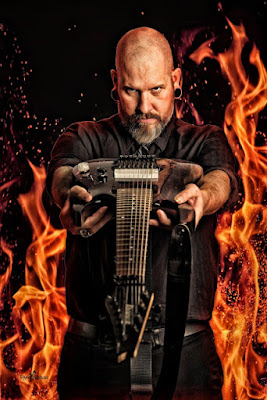 My name is Jesse Lacharite and “Christopher Carrion” is my solo music project.  The name comes from a character in Clive Barkers “Abarat” series of books who is the Lord of Midnight and manifests his darkest nightmares into real life.  After the demise of my previous band “Decillion” I thought that I would try my hand at the solo music thing.  I like to look at myself as the next evolution of bands like King Diamond, Opeth and Enslaved.  I write a lot of concept albums but I also dabble in releases that tackle serious social issues.  Most people are attracted to my music because I cover a lot a ground musically.  I'm mostly Metal with a penchant for hopping musical fences.  This keeps it interesting for me and for the listeners, at least that's what I hope.

I'm a mixture of four bands.  Faith No More, Opeth, King Diamond and Enslaved.  The music is heavy and brutal but not to the point as to exclude more atmospheric moments.  I've always loved the contrast between heavier elements and more atmospheric tapestries.  What is heaviness without something to play off of?  I have one simple rule.  Nothing is off the table, if the music takes me somewhere than I just go with my gut and follow it.  This can throw people off when they first listen to the music.  One moment I'm writing a ballad then next I'm burying an axe into your face.  This provides the peaks and valleys musically speaking to keep the music interesting and moving forward.  I've heard so many times that I don't sound like anybody and yet sound very familiar.  That's the allure of what I do musically, I take chances.  Whether that works; well I can't say, but it certainly provides an alternative to a lot of the music being produced today. 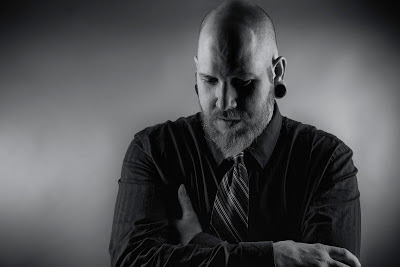 I would definitely be in the “keep” physical media camp.  Physical media is very important because it offers an opportunity to put out something that is unique.  There is another side to this question though.  I don't subscribe to the idea that you should just print off a bunch of CD's etcetera without their being some kind of intrinsic value attached to it.  It needs to be a limited run accompanied by something special and rare.  Nobody wants CD's anymore because of the advent of Smart Phones and other technologies.  The internet itself has rendered CD's a bit of a relic of the past, but there are still collectors out there that appreciate physical media, they just happen to be in the minority now.  My opinion is make something special and desirable that would justify the price and then just make enough of them to make them valuable and keep that value over time.  Just my two cents.

I've always been a musician, I was born a musician.  There have been so many times that I just wanted to quit, but couldn't.  I was like an addict looking for his next fix. There's no money in music anymore, we've devalued the trade to point where you basically have to be a masochist to continue making it, but on the other hand when you are so tied to the art it becomes impossible to just quit cold turkey.  For many years I thought that it was playing shows and grinding it out that was what made it worthwhile but in the end it was the creative process that began to reveal itself as the primary driver of continued interest.  The way things are now, I just make music and am happy with the thought that I'm adding to the creative realm.  I don't need millions of dollars or thousands of fans, I just want to make music and put it out there.  Money, fame and notoriety are byproducts of success, but true success and fulfillment come from staying true to your dreams.  It may sound hokey, but I'm beyond materialism and all that other nonsense, I make music, that's all I care about anymore.  If I die a pauper in total obscurity, I'm just glad I had the opportunity to do it in the first place.

It was to be expected really.  Metal was so dominated by men that there was bound to be a tipping point when the scale finally shifted in favour of the opposite sex.  My only issue is that a lot of attention is showered upon the women and little concerning the band which in a lot cases is made up primarily of men.  I'm old, so in the old days it was about bands, where each member was essential to the overall sound.  We've kind of thrown that aesthetic out the window in favour of a single point of focus, which incidentally happens to be a pretty front-woman or what have you.  If Metal is succeeding and thriving and one of the main drivers of that success is women being thrown into the mix then I can see no reason to really complain.  On the other hand if we start to adopt ideas that are prevalent in the Pop market by sole focusing on someones looks or gender we turn the thing into a gimmick and that is to be wholeheartedly rejected.  Women have always had a place in metal and a lot of new bands with women among their ranks are making incredible headway which is a good thing, I just think we need to revert back to revering the groups instead of singling out one particular member.

Metal is the musical equivalent to hatred and anger just like Pop is the musical equivalent to happiness and love (for the most part, I'm generalizing here).  Metal has always been the home of outcasts and misfits.  There is a certain amount of negative energy inherent in that moniker.  Not all people are happy go lucky types, some thrive in a more caustic environments.  You need only look at the charts around the time of the rise of Black Sabbath and others of the same ilk to see the contrast.  Metal as a music form also serves a secondary purpose.  What do you listen to when you're feeling angry and disgruntled.  What is the easiest way to purge that negativity from your being?  Listening to Metal of course.  I would say that it is only in recent years that you are seeing this transformation from hostility to more moderate temperaments.  Most of the kids these days have had a pretty extensive catalogue of extreme music to draw from so they don't always feel angry and disenfranchised as we did in the old days.  Old School Metalheads were often singled out for ridicule and bullying in High School because we we're different.  In today's society there is a plurality of individuals and those old norms have been to a large extent erased.  When everything is said and done Metal will always be the home of people who thrive on negativity and adversity even if they don't feel that way personally.

Not at all, there has to be some kind of wellspring of inspiration to make music authentic.  A lot of times that is derived from your internal politics or religious beliefs.  Some of my favourite bands of all time had that as a central theme running through their musical catalogues.  Venom and Bathory instantly spring to mind from a religious perspective.  Early Megadeth and Metallica would be a good example of the political.  Since the dawn of time, music has been a tool to disseminate ideas and convey discontent concerning various political issues.  This is built into the fabric of the art.  My only hope is that the time tested attributes of Metal will continue and flower to even greater heights.  I love talking about esoteric mysticism and occult rituals as much as the next Metal band but there has to be a point when you talk about something real and tangible.  Music is the single best weapon we have against the establishment, whether that be religious or political, do we really want to lose that?  I'm thinking not... 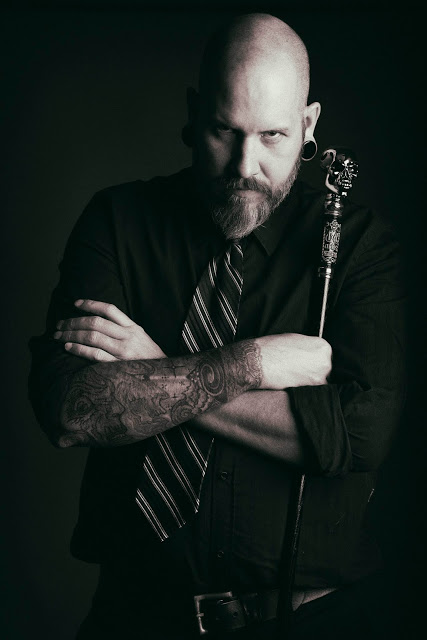 I make a point to make whole albums of material that attack injustices and the cognitive dissonance of our evolving societies.  In the era of CV-19 that has become more 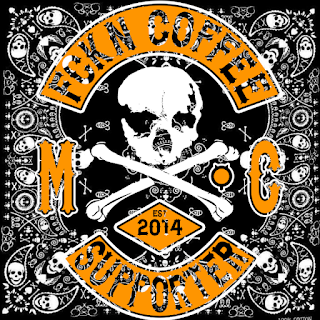