Band-Under A Spell Album Title- The Chosen One

Album Title- The Chosen One 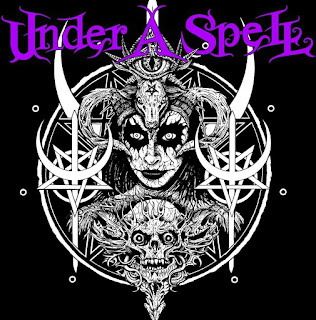 The Chosen One is currently available on all major streaming services and physical Compact Disc formats. It is the debut release filled power, passion, melody, and high gain saturation. It is a new style you haven't heard in a longtime.

There's a new brew in the cauldron of Heavy Metal. Under A Spell is an elixir of all that is Heavy Metal; past, present, and future. With an angelically powerful front woman, thunderous drums, buttery sweet bass, and a full-on guitar tonal assault. Under a Spell is claiming its position in the Dallas Metal Scene.

Under A Spell is eighty years of music in blender. Formed on a moon kissed October night in two thousand seventeen. All members bring together an artfully crafted ‘Vintage Modern’ sound, that combines years of Heavy Metal listening sonic power.

The lyrical context is saturated within the Macabe style, with spattering's of the darker side of human reality. The stories are climatic and immersing which, involves the listener into the journey of each tale told.

The music writing flows like a natural stream from the fingertips of Tom Rosser and Stergas Stockwell. When writing in our Den of Doom the chemistry between them expedites the creative process. They finish each other creative writing thoughts.

‘The Chosen One’ is the debut album from Under A Spell. Which was independently released on October thirty first two thousand nineteen. The Chosen One was re-released via Pure Steel Publishing and Sony Orchard February two thousand twenty-one. It is a collective of fresh ideas from each member. From top to bottom the album is filled with excitement and storytelling. For example, the title track tells a tale of night stalker turned victim of his prey.

Under A Spell looks to expand its footprint in the world of Heavy Metal. 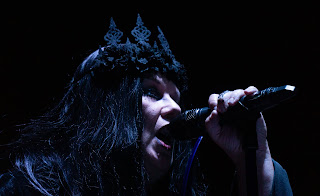 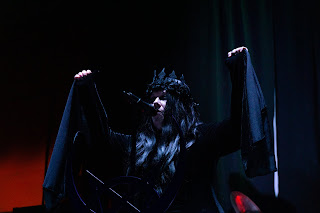