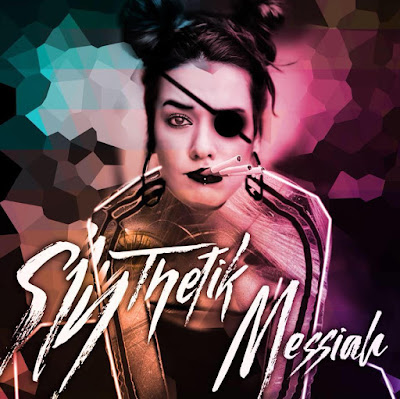 -Thanks for taking the time to talk to The Metal Times! You have a new release out,tell us about it!

Of course! Thank you for taking the time to wanting to know more about what I’m doing. The newest track I have out is  a collaboration track with The Other La called “In My Dreams”.

We call it a collaboration track and not a remix because once we get through Covid and everything opens back up we plan on playing it live together.

The Other La is a young talented act and I wanted to express that youthfulness through the music, by betraying in some parts a punk rock attitude that can still mainly be in the metal realm. The lyrical content is deep and emotional as well. To express that musically while maintaining that hard edge punk/metal sound was very challenging. I enjoyed every second on making this track happen.

-Where was it recorded? Was it new material?

The song was originally produced by Cj Pierce of DROWNING POOL for THE OTHER LA’s self-titled album that was released in 2016. THE OTHER LA approached me to take the music and bring it on a more twisted, electronic journey. After receiving the original track stems, I took the audio , ground it up into a new composition and added more drums, guitars, synths and vocals.

Grammy-nominated engineer Joe Haze (Lords of Acid/The Banishment) then used his mastery of analog mix and mastering technology to glue all the chaos of the track together.

In my opinion Cj Peirce is one of the greatest guitarists on the planet. I just wanted to make something that even he himself would jam out to.

-What is the biggest difference between your last release and this one?

My last release was the first cover song I ever did. I took a song from the German noise act, Atari Teenage Riot and made an American version of their track. Technically it’s not a word for word type cover but more of an interpretation of their track.

I call it a cover because I recreated everything they did in the studio, but took their ideas a step further.

This cover was definitely political oriented, something I rarely do but given the times we are in, it was called for. It’s what pushed me to make the track in the first place.

Concept wise and musically, each track had its challenges but at the end of the day each track was an exploration of the mind, musically and artistically.

So to answer your question,  the last one was political and the new one isn’t.

-Are you signed to a label? If so which one, and how did they help or support the process?

I have 2 Lps and a single with Wicked Wonderland Records.

If it wasn’t for WW Records, I would of never had the opportunities that pushed me forward to what makes my act today.

They helped me get to the professional level that I was looking for.

After being with them for a few years with the utmost respect to the label, I decided to start my own label, SM Records. I really never plan on signing other acts, but I want to be independent as my freedom to do whatever I want means the world to me .

I think labels are key to a bands start but not the end all, unless you land something with Sony or Warner brothers. (and then again that’s not a guarantee forever)

I always tell new acts find a label even if it’s a small one to get your start in the industry. Work with their other bands, become a family. That’s what it’s really about. If a label drops you because your not making sells *cough cough the majors cough* then they don’t believe in you, they just want your money. Those are the ones you can’t grow with as a musician or as an artist.

-What has been going on with the band between releasing new music? Did you tour?

At this point in time, which is March 3rd 2021, I’m very busy, a lot I can’t talk about due to disclosure agreements. However I can talk about Ive been working on new merch designs for the band.

I have started a monthly sound design series, mainly just to show my process of how I make sounds for my music.

In a round about way, I try to show that at least 98% is made from scratch.

That other 2 percent is mainly female and choir vocals, in which I haven’t found the right conservatory to work with yet, other wise it would be 100% sample free for the most part.

I also started a mixcloud and continue to do live-streams every month Djing Hardcore,Crossbreed, rhythmic noise-Drum And Bass.

I do this mainly for fun, and it is kinda to me a build of what I will be putting out in the future with SINthetik Messiah, but I plan on making it my own by adding my own element to it.

Some of the Dj live streams I do is for charity as well. Which is something that is a staple for SINthetik Messiah or pretty much anything I do.

Helping the community and doing my part to help the people/animals who truly need it, is very important to me.

And the last thing I can say is I have a lot of things in the works that may take a while to get to the public,so stay tuned.

Now as far as touring, with Covid it’s not really an option, however I do have plans to start playing more Texas, Louisiana and Florida gigs Djing and with SINthetik Messiah by the end of the year.

SINthetik Messiah is always a different show depending who I play with.

I do this to not feel stale and I work night and day to stay away from being that “cliche act” with in my own project.  I don’t want SINthetik Messiah to be looked at as a “cookie cutter act”. I want it to be looked at as an art project that is ever evolving in the realms of audio and visual experiences.)

-I noticed you have worked with a few engineers in the Industry, who are they?

You can find all my credits and what the music is about on Bandcamp for each track.

There are three professional engineers that I’ve been working with for the past few years:

Mr Evan is a legendary electronic music producer/engineer based out of Florida,USA.

He is a Breakspoll international award winner Evan Gamble Lewis, and a true grassroots American electronic music DJ and producer of over 20 years. Evan has been an internationally recognized artist in the electronic music scene since 2004, accumulating many top 10 chart releases, US and European tours, 9/10 ranked EP reviews in DJmag, European MTV interview, collaborating with and remixing many international, iconic underground electronic music artists such as Hyper, Omar Santana, DJ Trashy, Jackal & Hyde, Debbie D, Colombo,Keoki, Huda Hudia, Burufunk, Zardonic, and many others.

EGL's underground electronic music production chops eventually landed a major label production contract and publishing deal with Disney Music Publishing and Hollywood Records. This step in his career allowed him to work closely with many major label artists and bands, broadening his creativity through mainstream originals and remixes.

As a DJ he has played as a headliner in many cities across America and Europe from small venues to large scale festivals. His DJ mixsets have also been featured on many XM/Sirius radio shows including Swedish Egil's Groove Radio, The Crystal Method's Community Service, Lady Waks' In Da Mix, Retroid's Revive

as well as his resident radio DJ slot on Palm Beach FM.

Mr Haze is a legendary, professional,analogue equipment engineer based out of California,USA. 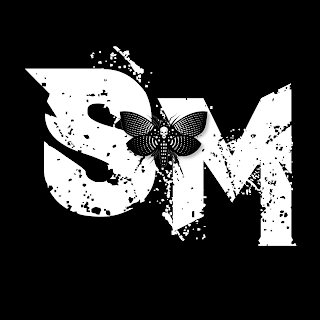 He has over 25 years of experience in the music industry, Joe Haze (aka HAZE) creates sound and art designed to capture your attention. He Utilizes a hybrid approach to production and mixing (that incorporates the best of both analog and digital gear), HAZE’s work has earned Billboard charting positions, Grammy recognition, and various other awards and acclaim.

-When creating new music do you have any rituals, and/or do any thing to get your self in the creative mood?

With that said, I like to smoke my smoke and drink a shot of whiskey, Light a few white candles and turn the lights on low.

It’s helped me get in the creative mindset and it allows me to be judge-free of the true feeling of what I want for the track.

And I guess you can say I went through a lot of whiskey bottles working on the collaboration track with The Other La.

-Tell us where we can pick up both tracks you talked about earlier and where we can find you on social media.

(all social media and merch links are at the bottom)

-What are your plans music-wise, now that your new releases have reach the masses? 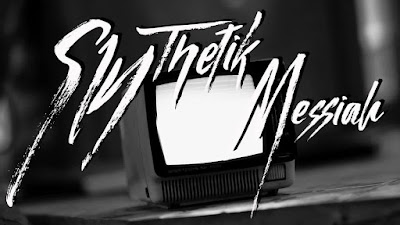 I am going to release an ambient/noise/drone album in April 2021. Presales Are Up already on Bandcamp. It was mastered via tape and analog equipment By Joe Haze.

The official title “Ambient Noize” is meant to be listen to with headphones while your in an inebriated state.

Before it gets its international release the demo was spread out across the internet and reports have come back It is to cause a form of psychosis when it was listened to.

Sometime this year I will be releasing a full length album that consists of a blend of Industrial Music and Hard Drum and bass, at a tempo of 160. Mr Dave will be mixing and mastering and I plan on having some well known acts/producers do a few remixes.

Nothing more to mention about it other than this was the first single from the album that released a few years back.(which is the softest track of the album)

There is no title for this album yet.