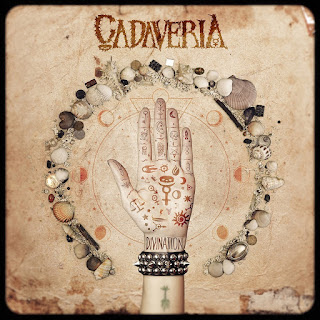 Hi everyone, I'm, Cadaveria herself from CADAVERIA band. One of the reasons you could be interested in listening to us is that I was one of the first females to sing in growl in the early Nineties. Maybe you are curious to discover how everything started many years ago...

I do not classify CADAVERIA sound. Fans call it Horror Metal. Yes it is a mix of Black and Gothic Metal with many other influences... hard to define in few words. I can say we have our own style and our music is personal and unique. This is another reason why you should listen to us ('cause it is more simple to listen to than to define).

3.With digital music in today's world would you vote to keep or eliminate physical media? Keep!

4.What is the reason you decided to be a musician and has that reason paid off? It started as a hobby and soon it became a necessity. I am fully satisfied with my path because mainly I like and enjoy it. Also many people have told me that they have grown up with my music and that I have helped them in difficult times. It is a great honor.

5.How do you feel about females in metal getting special attention? Do you feel it is fair? Why not?

We have equal rights than men.

6.In the world climate with hatred being at an all-time high and metal being “ angry” music Do you think your music contributes to anger and hatred? Absolutely NOT! 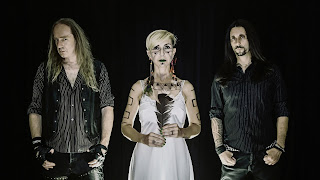 7.Are you opposed to religious beliefs or politics being used in music? I don't like politics and so I don't speak about it in my lyrics. I have my own credo but I don't want to teach anything to anyone. However, music must be and remain free, so I don't put any limits to topics it can deal with.

8.We have dive into some pretty deep issues here do you think your music sends a message and if so what is it? A message of spirituality, inner strength and respect for Nature. Love of life and goals achievement.

9.The market has changed and many bands believe that record labels are a thing of the past, with many labels now charging bands to “sign” how do you think a band can make it in today's scene? Well, after more than 30 years with record companies we are now putting our experience to good use and doing everything independently. We are releasing a series of digital singles fully controlled by us. It's a great freedom! But I worked hard for many years before I came to this and it's not over yet.

10.Why with the thousands of options including Netflix, sporting events everything on-demand Why do you think people should take the time to listen to what you have to say in your music? Because you can live without Netflix but you can't live without music.

11.How do you feel about pay to play? Do you think it is fair for a band to have to pay money to play? We have always refused to pay and always will refuse. iI's a mockery for the band and for the fans.

12.It is fact that you are the talent and the entertainment explains what you think is the most important key to success? I have no idea in fact after 30 years, despite being considered an icon of heavy metal music, I didn't become rich! Ah ah. Still in the underground, but forever free and faithful to myself.

13.In-country music and even in some cases rock music is written and performed by different people would your band perform a song written by someone else? We released a cover of Deine Lakaien in October, it is entitled Return. Nice. But I prefer to write music and lyrics by myself.

14. If you are pro-female in music are you pro using sex to sell your music?

No. 15. What is your view on the lawsuits against people saying lewd or unprofessional things to women or men and how does that affect an art described as sex drugs and rock n roll ? I think that in music as well as in cinema and in life, mutual respect is first of all required. After that we can also have sex and drugs and continue making music, but always respecting ourselves.

16. Ok let's lighten up a bit. What is your favorite band of all time and why? Tool. 'Cause they are fucking great and brilliant and unconventional!

17.What would you be doing if you were not in a band? Probably a painter.

No. 19.If you could get on stage with anyone dead or alive who would it be? Peter Steele and David Bowie.

20. This is your shot to let loose, Throw down your biggest complaint about the music biz Unknown bands with horrible video clips that reach 2 million views just because they sponsor them. Crazy stuff! Watch this instead! 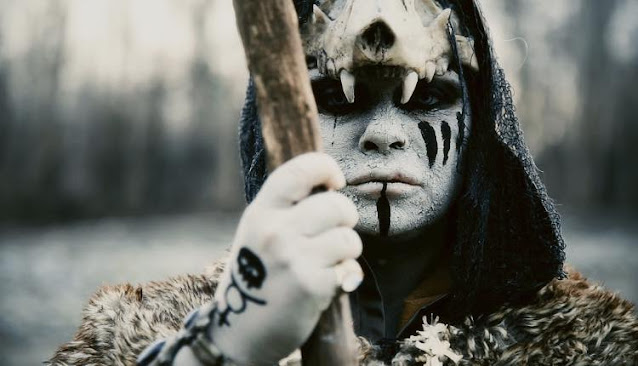