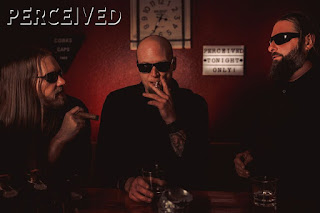 1.Thanks for taking the time to talk to The Metal Times! You have a new album out, Tell us about it!

We’ll be releasing our debut album on Fri Oct 30th. We’ve working on the album for a year and a half. The EP will include the singles ‘Living Hell’, ‘Not to Be’, ‘Portrayed Belief’, and ‘Darkening’.

We actually recorded all of the music in our rehearsal space with Daniel Contreras except for the vocals. Those were recorded by Nick Forkel who also mixed, mastered, and produced everything. Half of the material is actually around 20 years old. After getting back together we finished the songs that were started in the late 90’s/early 2000’s.

This is our first release but we’re hoping that our next release could possibly be a full length album vs an EP.

No. We prefer to stay independent. With the internet the way it is today, labels aren’t really a necessity.

With everything that’s been going on with Covid, we haven’t had a chance to play any live shows so we focused our energy on releasing our debut EP. We’ve been putting out singles since August which you can get on all major streaming platforms or download them for free from Perceivedband.com.

Nope. It’s just been us three since we began writing together. It wouldn’t be the same band without all of us. Each one of us bring something unique to the table that can’t be replaced.

Nick Forkel is the mastermind behind our debut album. He mixed, mastered, and produced the whole thing and we couldn’t be happier with the outcome. He definitely gave it the bottom end and clarity we were looking for.

The vocals were actually recorded in a closet with nothing but a blue light on while consuming m&m’s.

You can always get one at our live shows or just visit our website at Perceivedband.com where we have all sorts of merch as well as our debut abum on CD.

Our plans are to play as many live shows as possible. Hopefully 2021 will be the year we have our first tour. 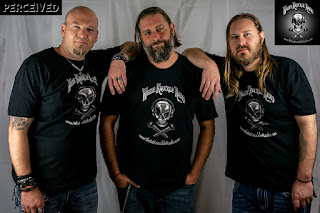