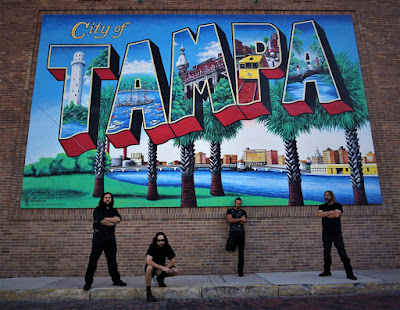 We are Blood of Angels, based in Tampa, Florida. We are very proud of were we are from, and the strong history of metal that my city has. You should listen to us because of our unlimited musical influences. You never know how the next song is going to sound like. Our lyrics either will either tell as story, or about moments of history.

I feel our sound blends to many genres of metal that it is hard to classify other than just calling it metal. Critics have called us death metal or extreme metal. Either classification is fine with me. I tell people our influences are Dark Tranquility, Slayer, Morbid Angel, Amon Amarth, and Slipknot. 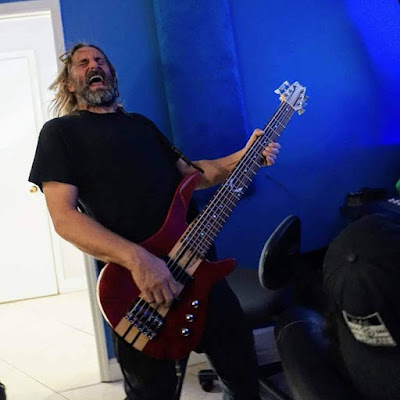 I love metal music and wanted to be a part of it as a musician. I am glad to have made it my life. It has paid off in a lot of ways. Not financially, but I have a lot of wonderful experiences

I have no problem with females getting any attention. I don’t think they’re getting more attention than then guys. If you’re a great artist, then you deserve the attention. Things are completely fair.

6.In the world climate with hatred being at an all time high and metal being an “ angry” music
Do you think your music contributes to anger and hatred?

It doesn’t yet, but I think it will with our upcoming album “The Failure of Faith.” We will be challenging the believes of billions of people. This will make a lot of people who aren’t open to communicating in a open meaningful way very angry.

Not at all, we will be doing it soon.

Our last release didn’t. We just told a three-part story based on Norse Mythology. Our next album will. The message is simple, organized religion is not about god. It is nothing more than those at the top to control and manipulate you for their own gain. Using god to scare you into submission. 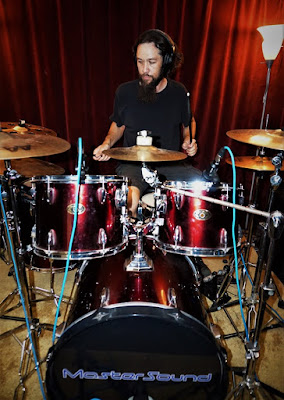 Most bands didn’t make it in the past either. They just didn’t have to pay as much. Instead of paying, they owed a debt to the label. You just must be smart about your business. It is ok to say no if the deal isn’t right for you.

10.Why with the thousands of options including netflix , sporting events everything on demand
Why do you think people should take the time to listen to what you have to say in your music?

I think it is horrible. When it is about pay to play the opportunities aren’t given to those with talent, but to those who can pay. It is completely unfair for a band to pay. The band is the one who should get paid.

The most important key to success is perseverance. It is when you give up is when you truly fail. Just keep moving forward, and learn from your mistakes.

Sometimes, we will be covering Motorhead’s “Don’t Need (Religion)” on our next album.

I am pro using anything to see our music. As far as using sex, that would be hard for us except our vocalist Randy. He could get that kind of attention. 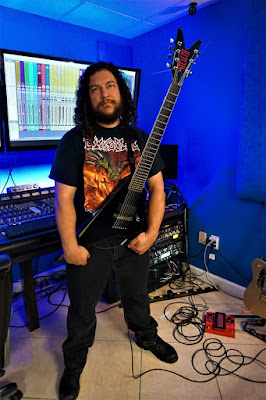 It depends on what is said. I feel those sexual harassment lawsuits should be determined on a case by case basis. I don’t think it affects Rock n Roll at all. Rock n Roll will always be a culture of fun and hedonism. People who enter that world know what they’re getting into.

Iron Maiden, because everything about them is as close to perfect as it can be. The songs are great, they have fantastic original art work. One of the most recognized mascots in the world. Their stage show is unmatched.

Driving a truck across the country. 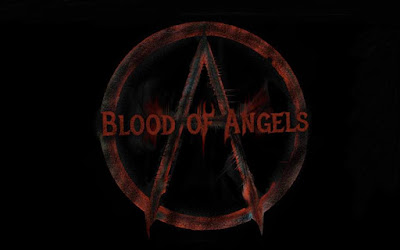 Fear Factory, I think it would be a perfect fit for us. Dark Tranquility would be a great fit as well.

20.This is your shot to let loose, Throw down your biggest complaint about the music biz.

My biggest complaint would be the promoters and venues skipping out on paying the bands. It has happened to me a few times. Even when the venues were packed, and the beer is flowing
Posted by Wes J at 4:07 PM